Instant Pot Asparagus and Pasta is a dish I remember my maternal Grandmother making on the stove.  This easy pressure cooker version uses gluten free pasta.  Grandma made this dish with lots of pepper! 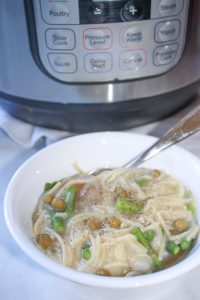 I have toned down the pepper a bit so that people can season their individual servings to their liking. 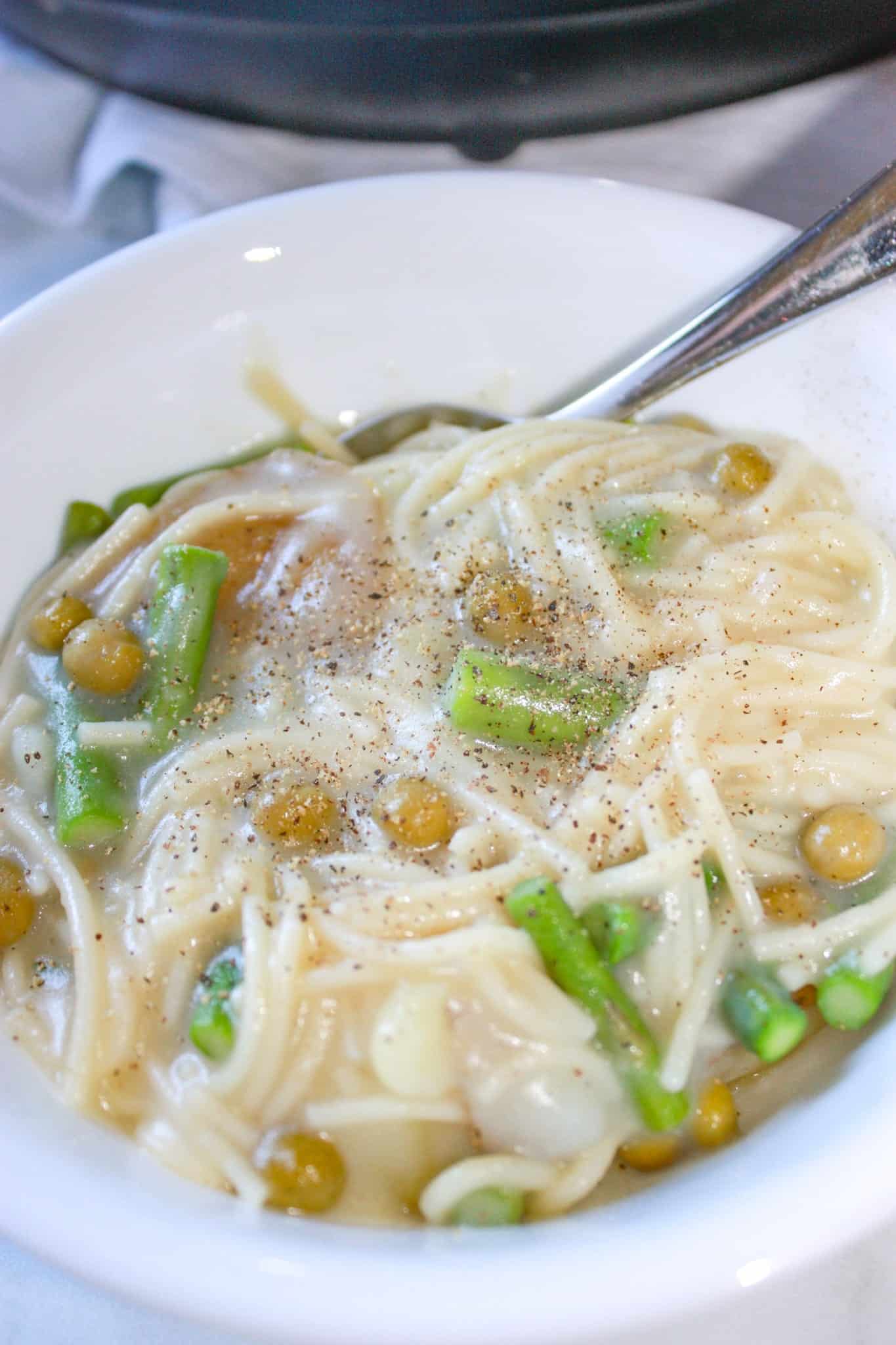 This gluten free pressure cooker meal will serve about 10 people.  You can add more liquid to any leftovers as the pasta will continue to soak it up as it sits.  I just add water the next day but you could probably also add any broth you have on hand. 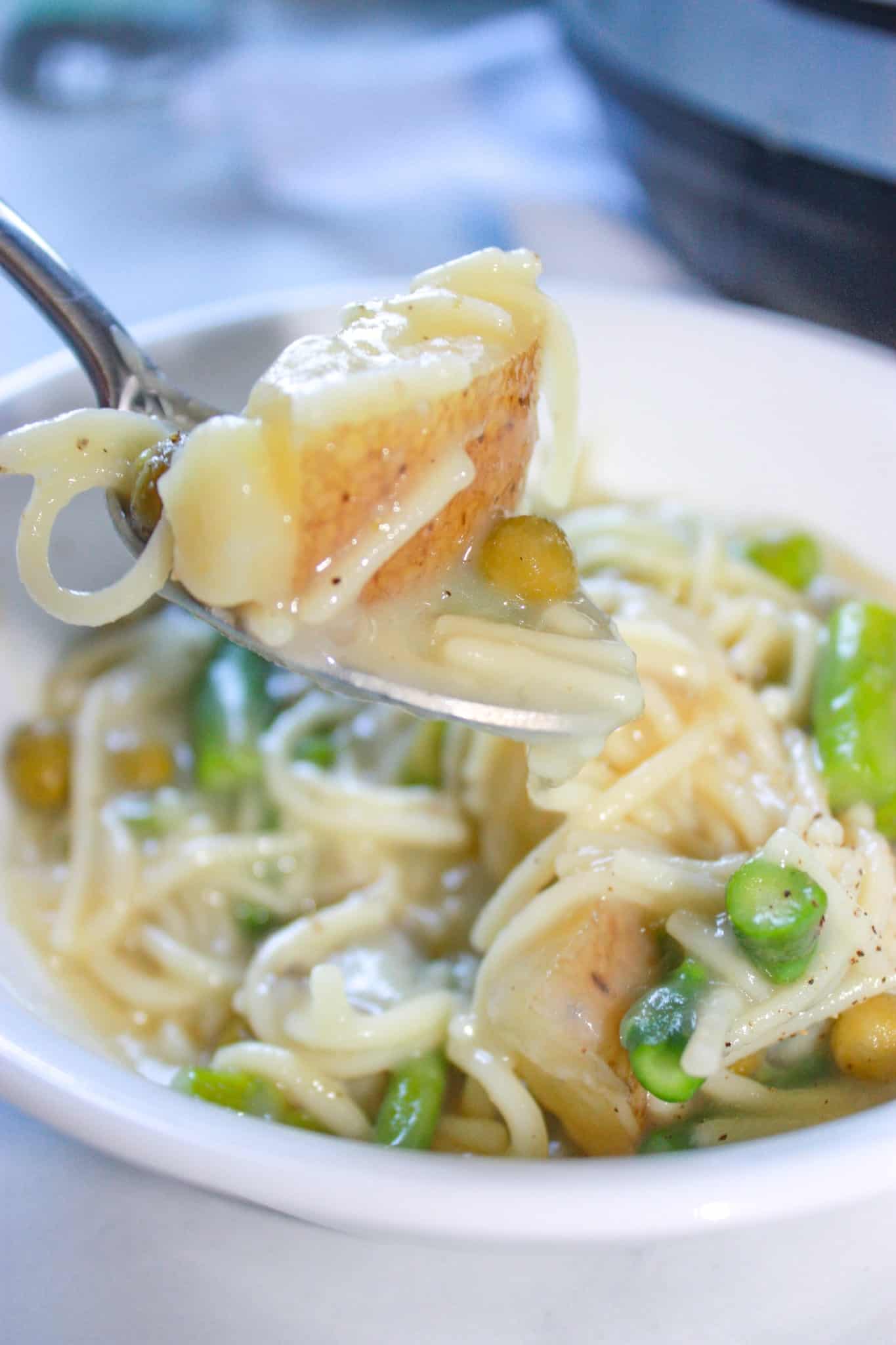 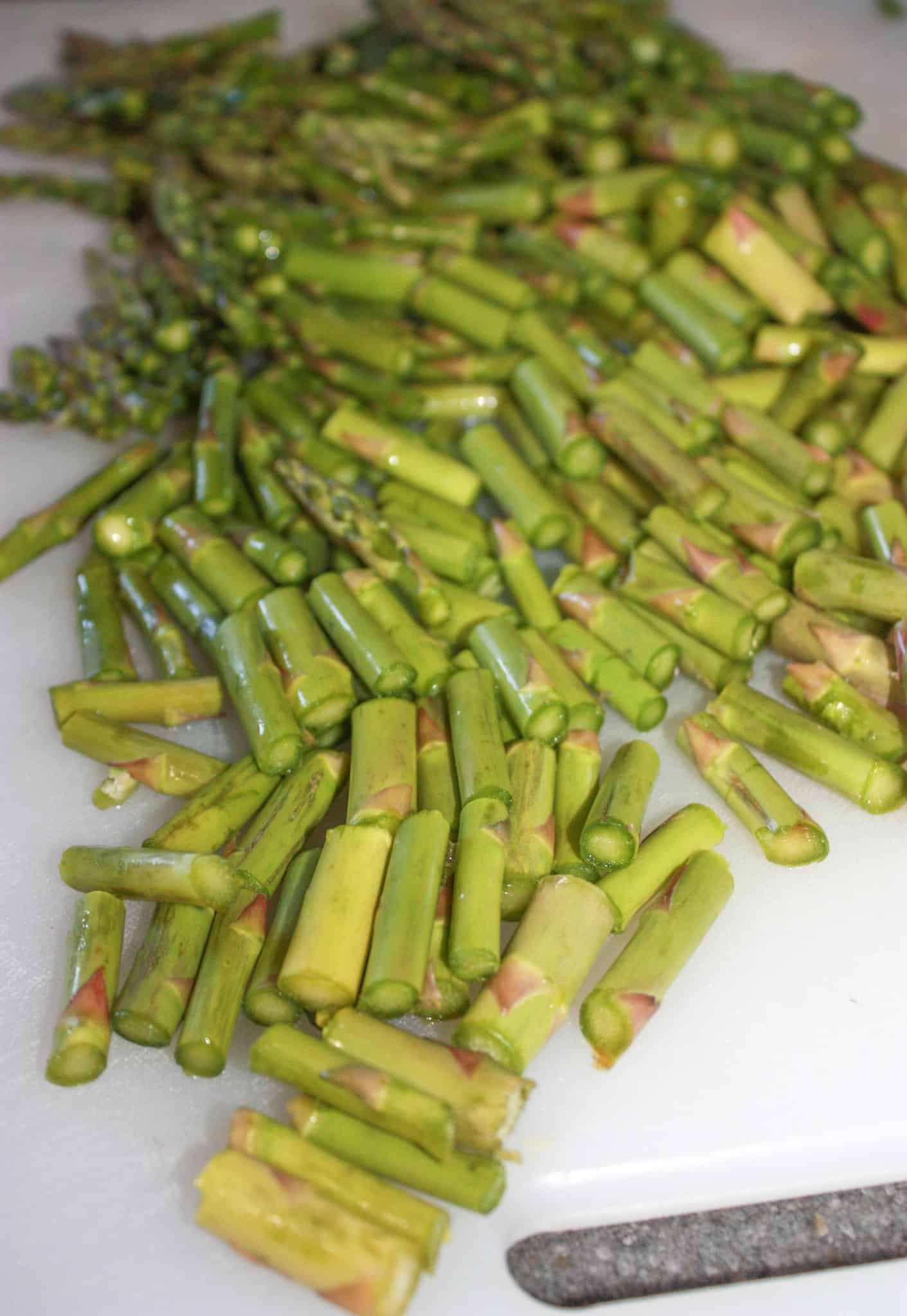 Then I put some olive oil into the Instant Pot and turned it to the Saute Less function for 5 minutes.  I dumped in the cut up asparagus. 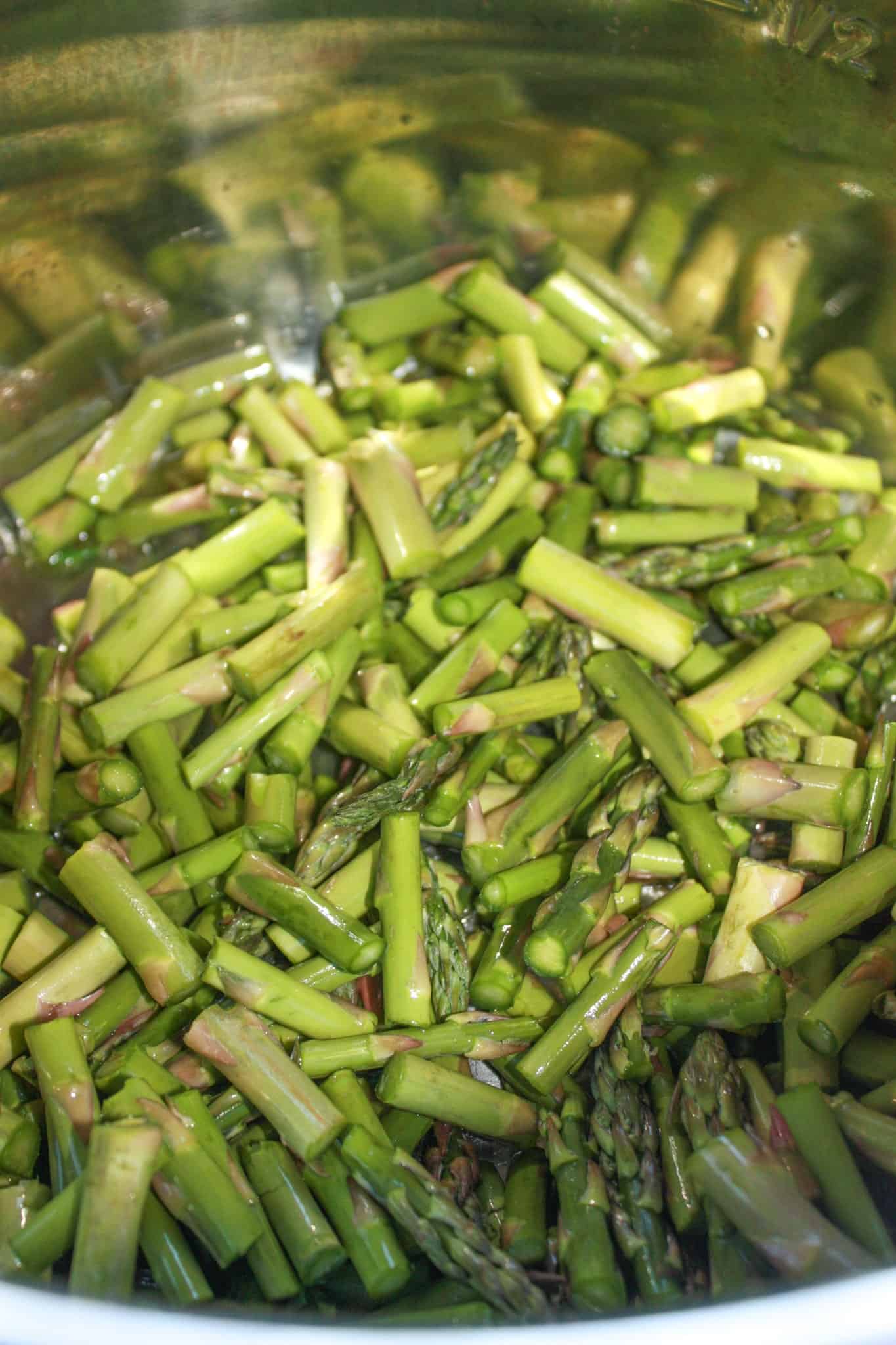 While the asparagus was in on Saute Less, I cut up 6 medium sized potatoes into cubes. 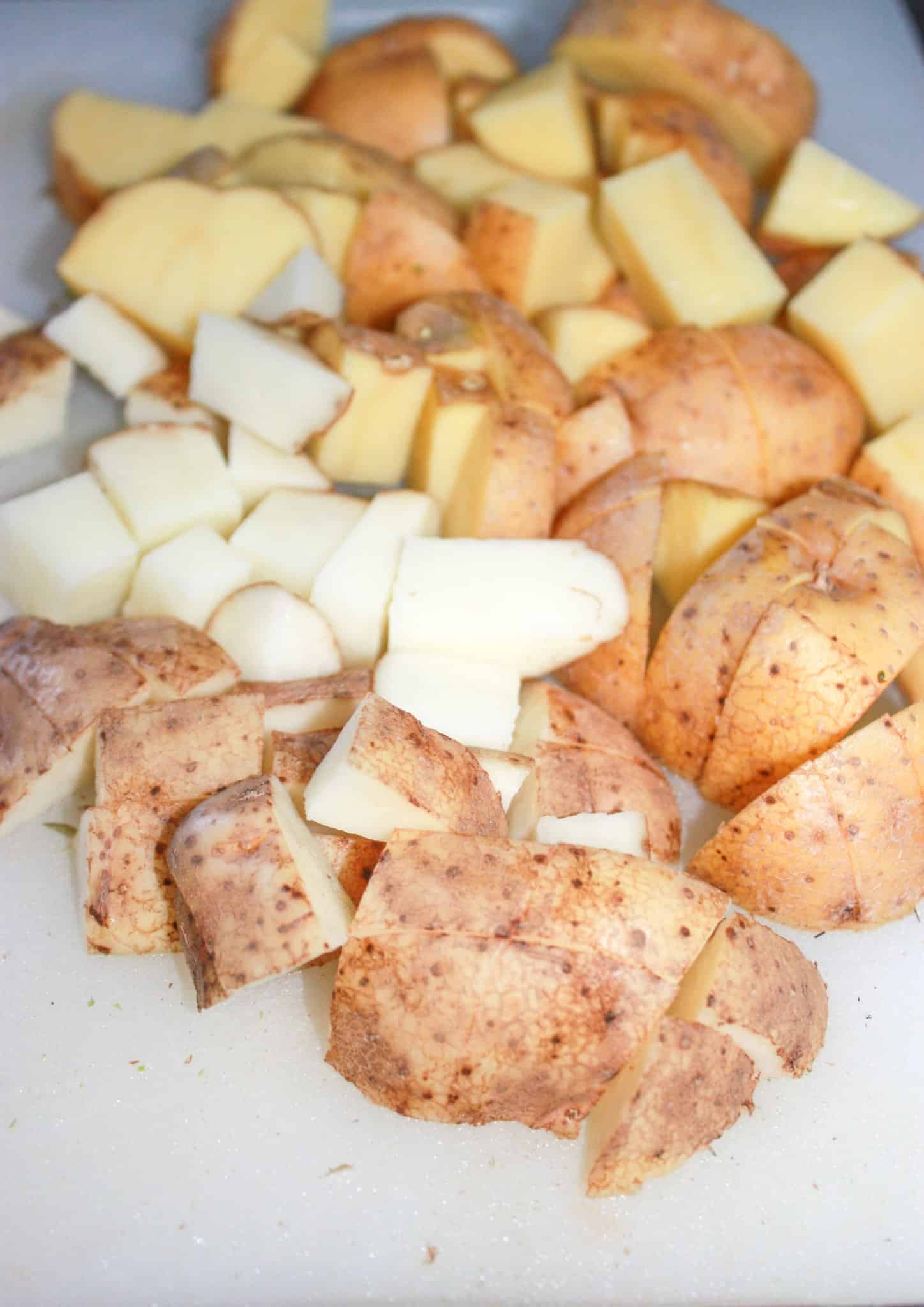 Once Saute Less turned off on the Instant Pot I removed the asparagus and put it aside to add later.

I poured the juice from a can of peas into the Pot and used it to deglaze, scraping any stuck on bits from the bottom.

Deglazing is a very important step in order to avoid the Burn message later when the Instant Pot is coming to pressure. 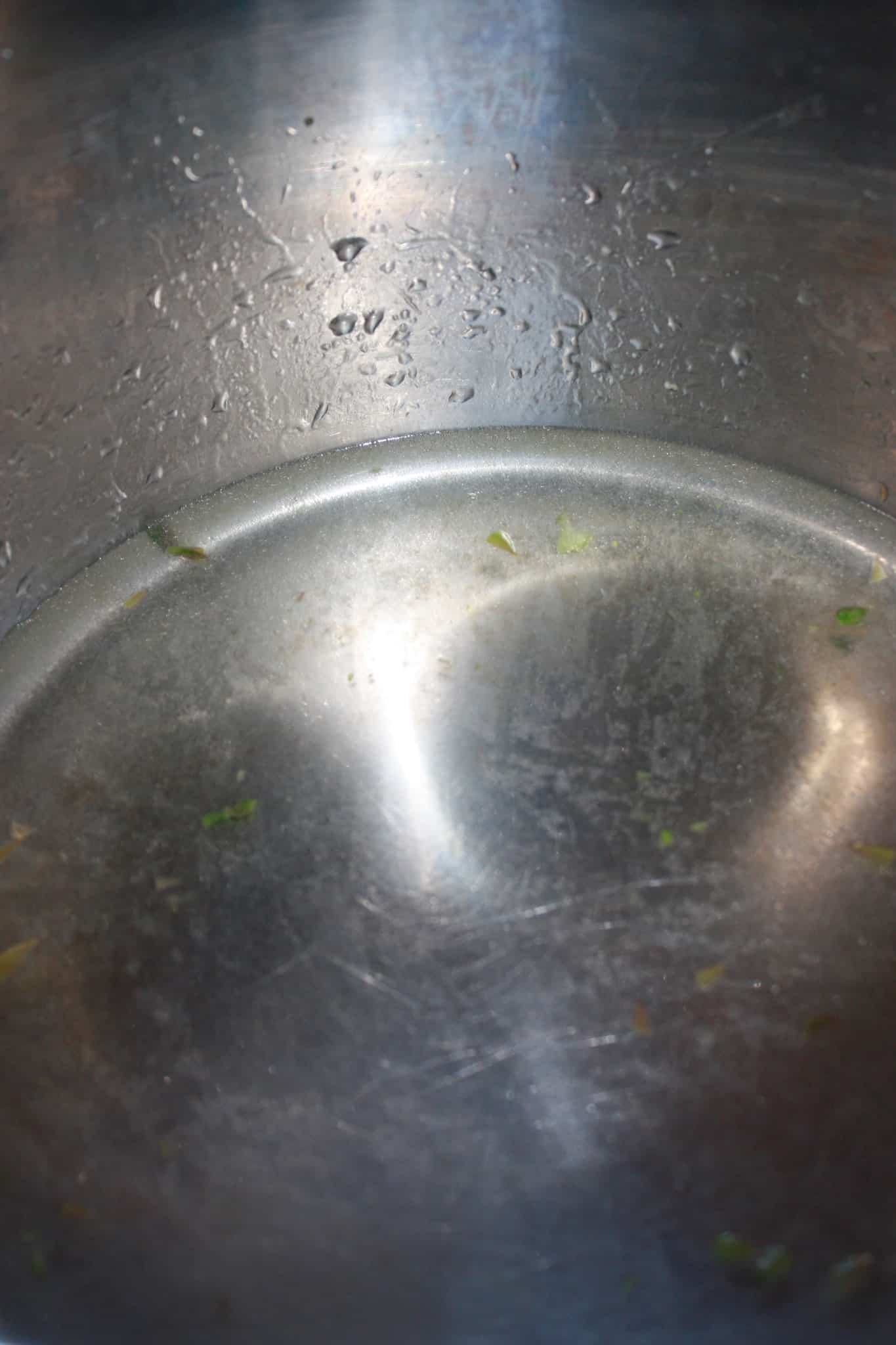 Next I added in 4 cups of water and some salt and pepper. 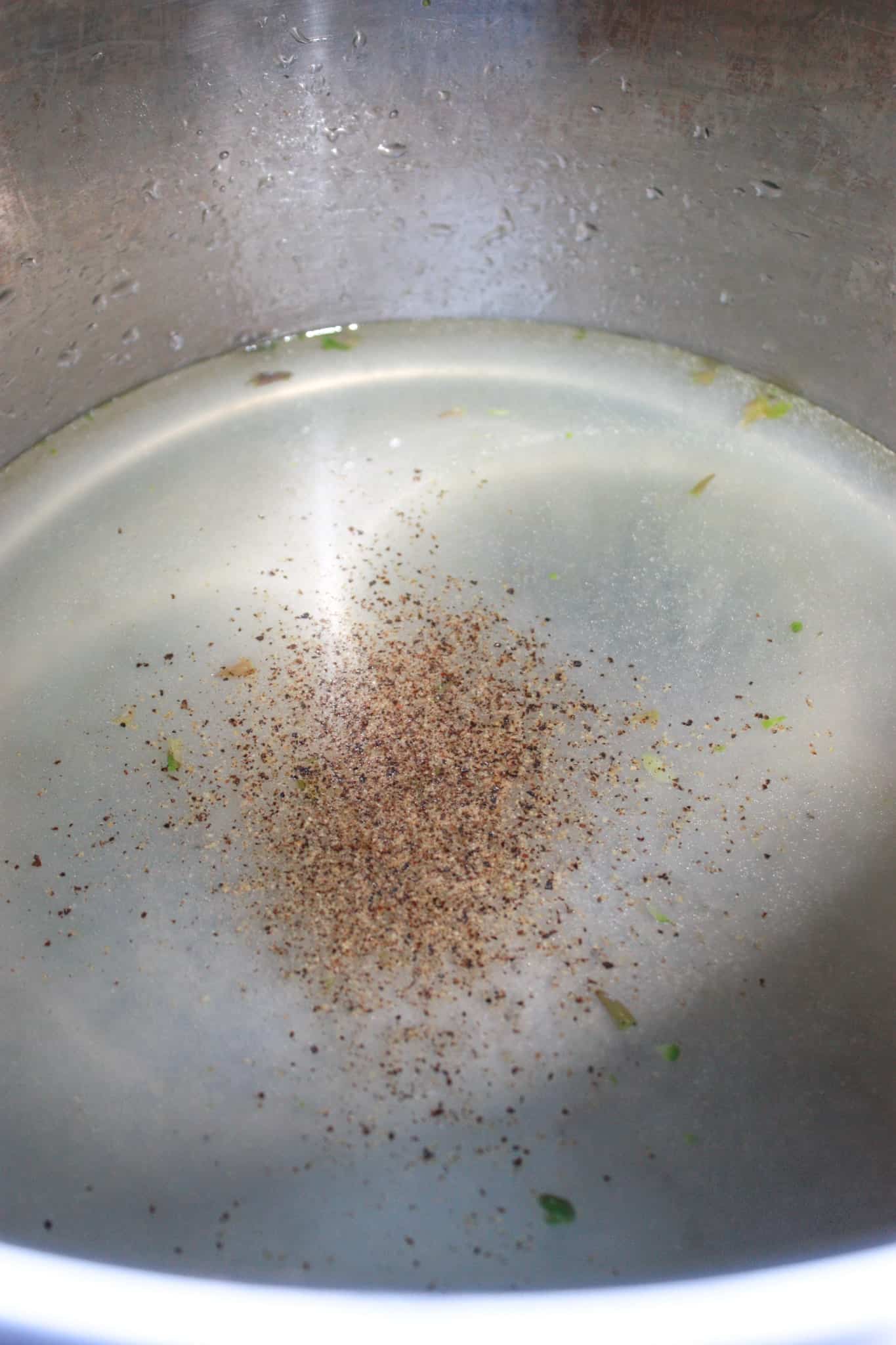 Then I dumped in the potatoes that I had cut into cubes. 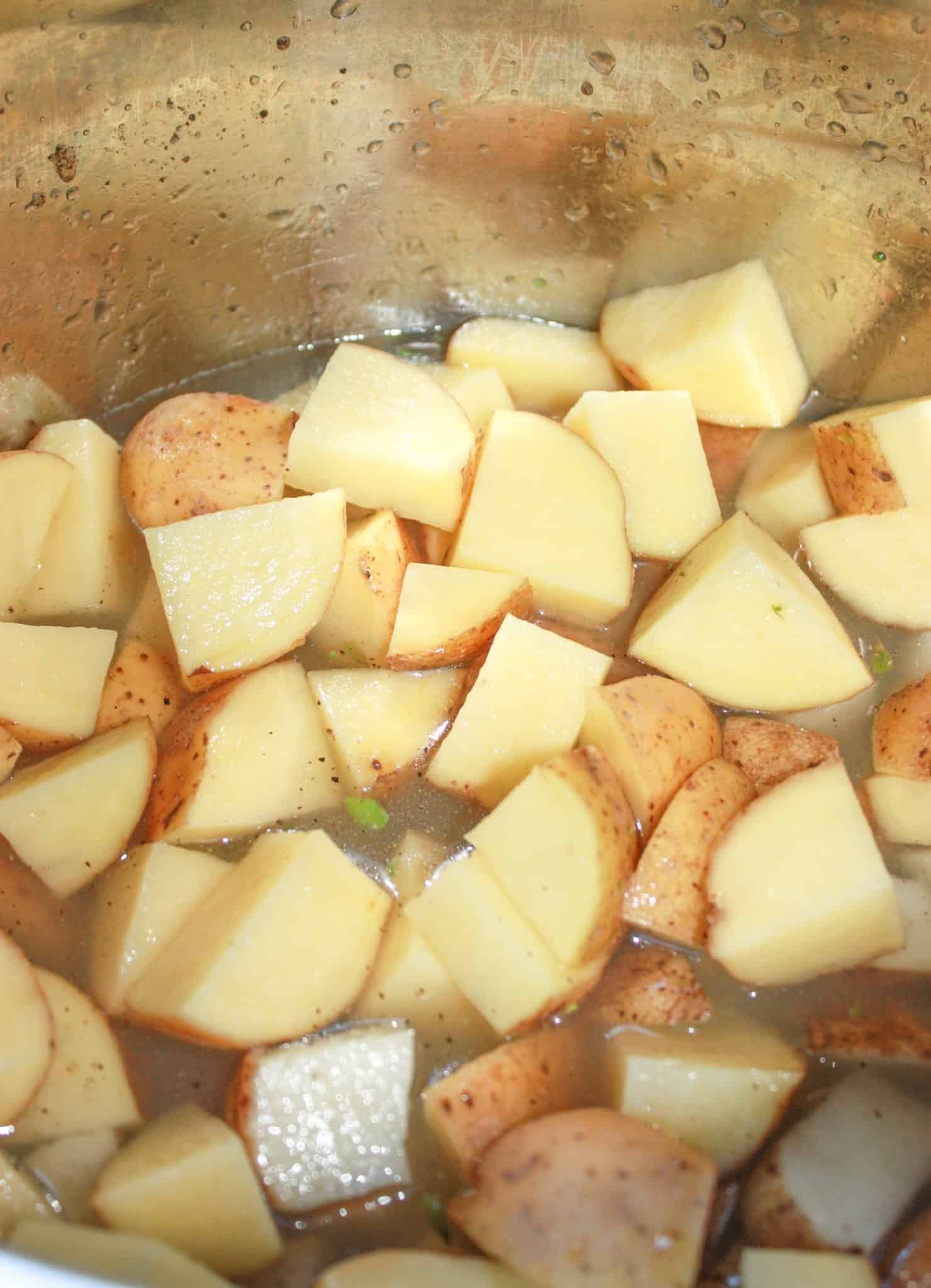 I added in 5 more cups of water.

Then I broke bunches of the spaghetti noodles in half and laid them in a criss cross pattern over top of the potatoes.  I did not stir but gently pushed the noodles into the liquid. 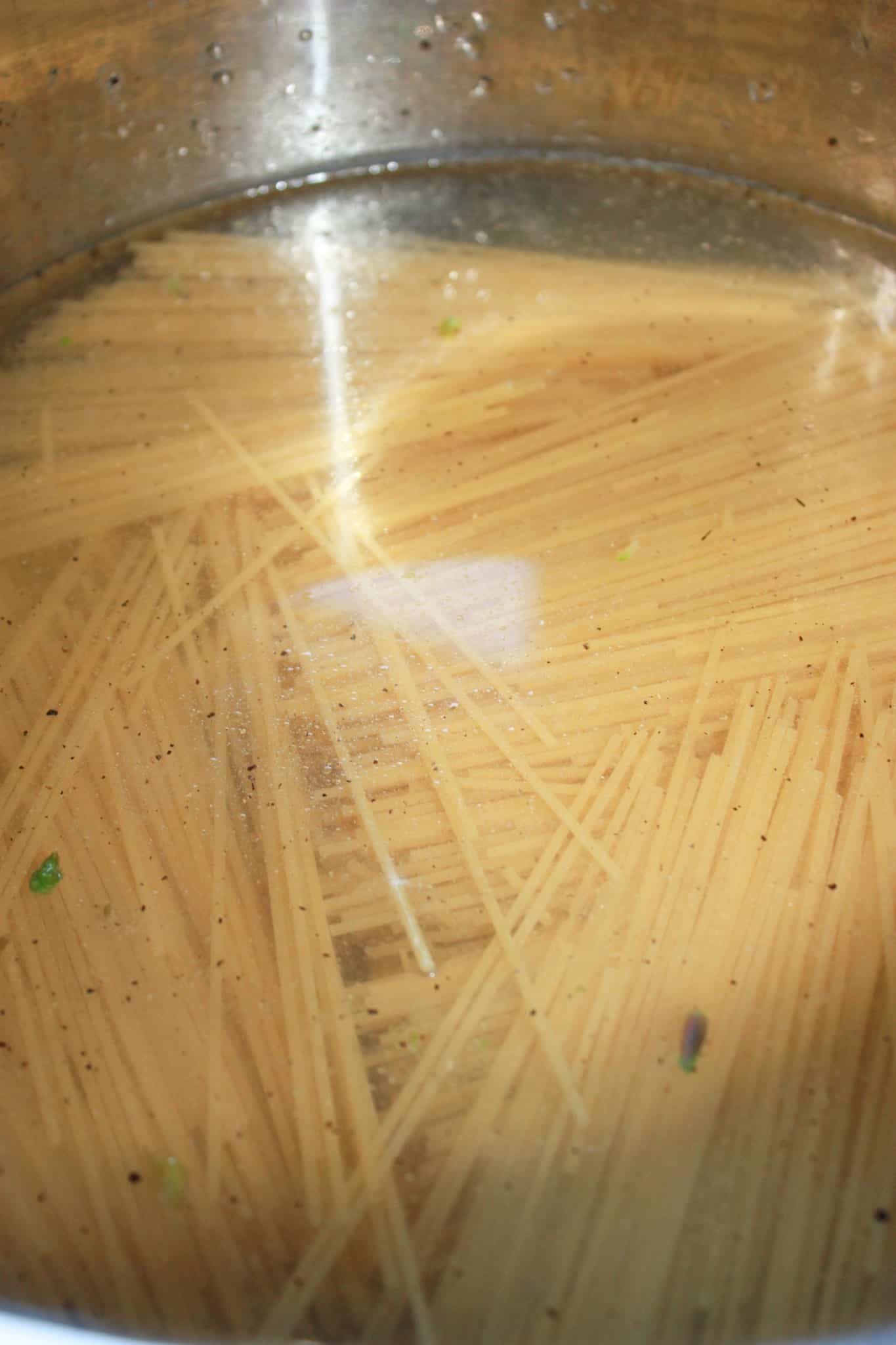 Then I placed the lid on the Instant Pot, turned the steam release handle to the sealing position and set the Instant Pot to Pressure Cook High for 3 minutes.

Once the Instant Pot was done cooking, I allowed it to do a Natural Release for 5 minutes before turning the steam release handle to the venting position. 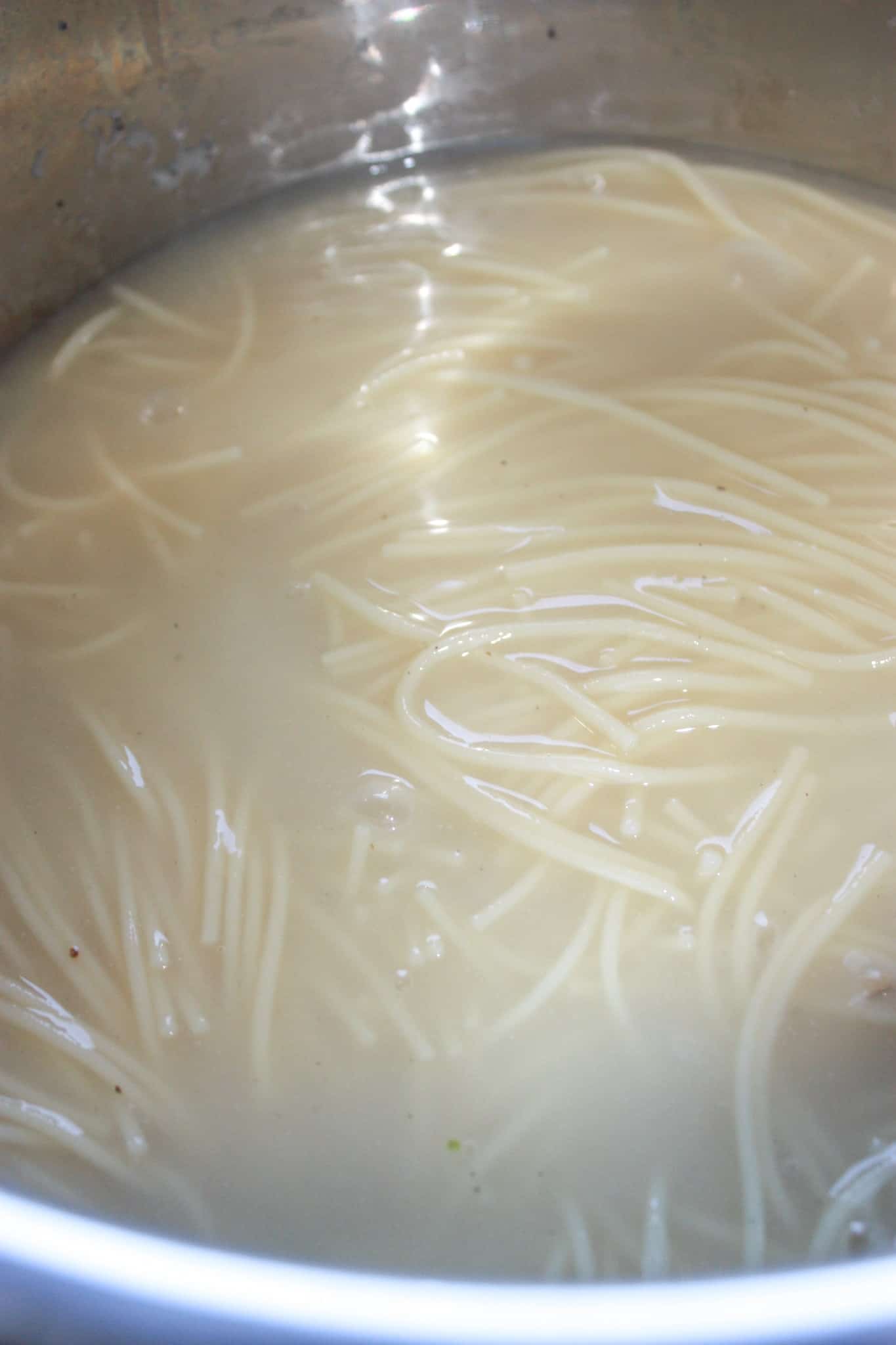 After removing the lid I stirred in the peas and the asparagus that I had set aside earlier.  I set the Pot to the Sauté Less function again for 3 minutes to heat the vegetables. 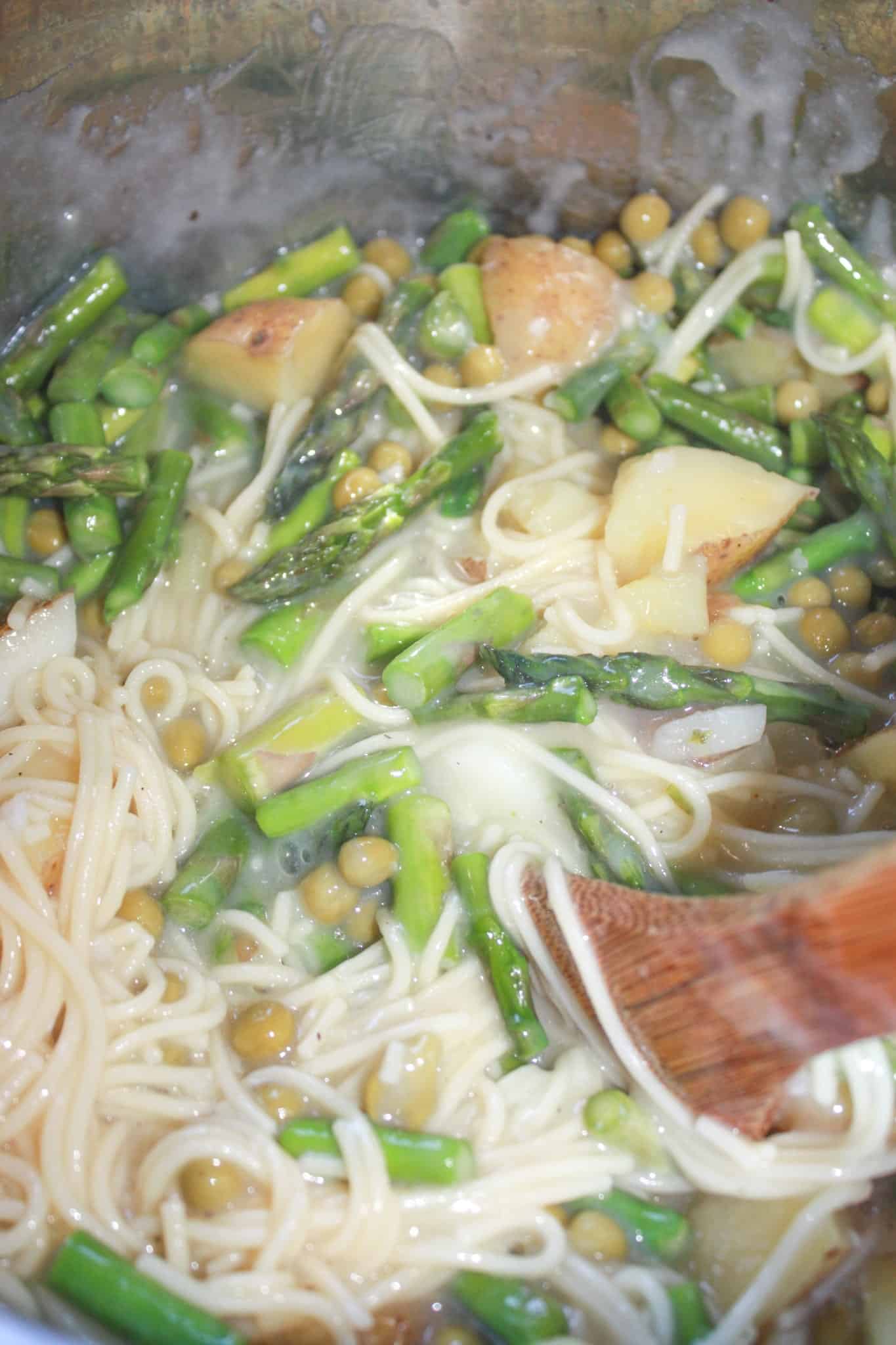 Each serving of Instant Pot Asparagus and Pasta can now be made as “peppery hot” as you like.  This is a quick and easy pressure cooker recipe that is a great way to add asparagus to your diet. 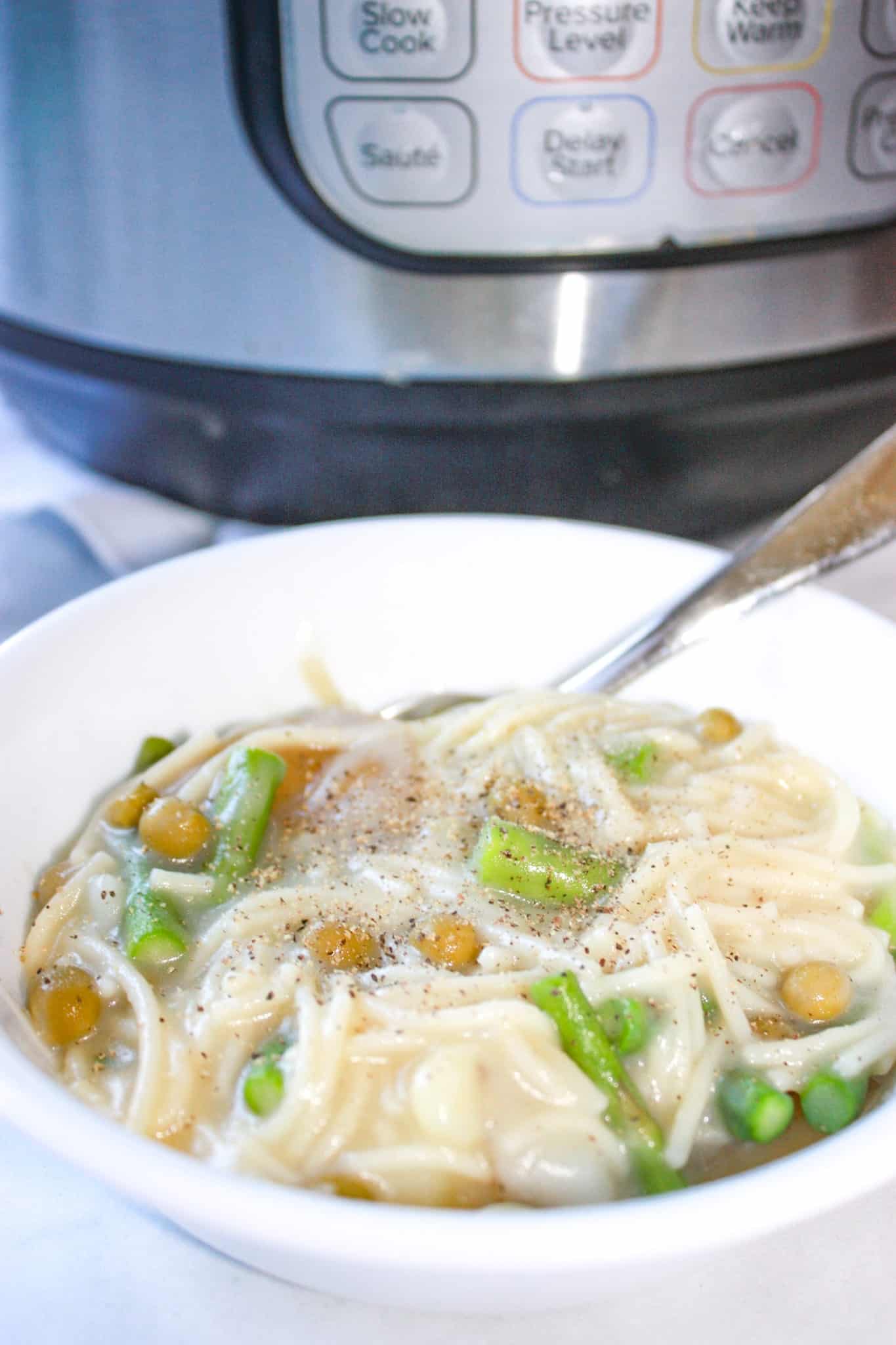 Every mouthful of Asparagus and Pasta brings back fond memories of my Grandmother! 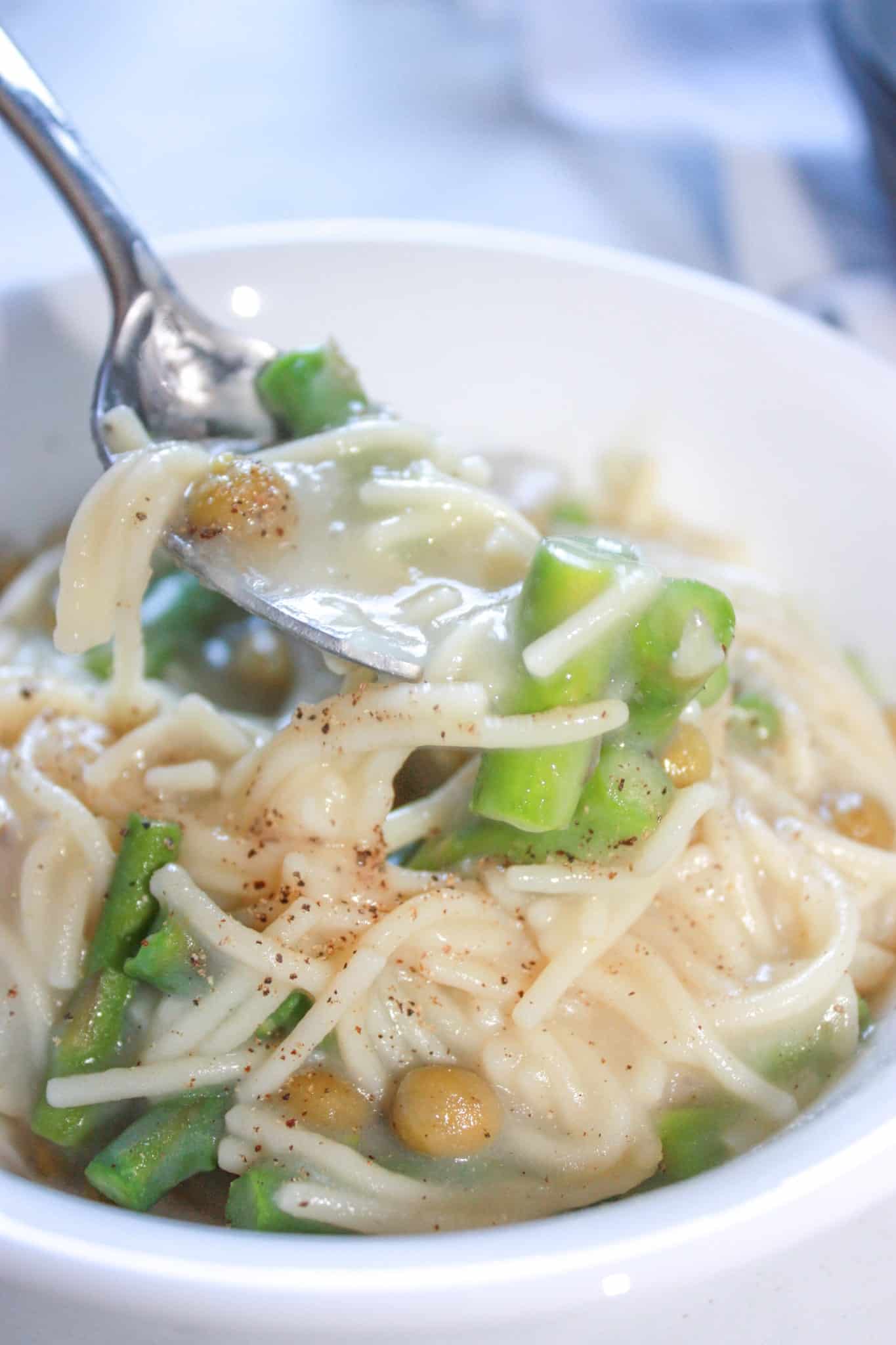 More Instant Pot Pasta Recipes for You to Enjoy… 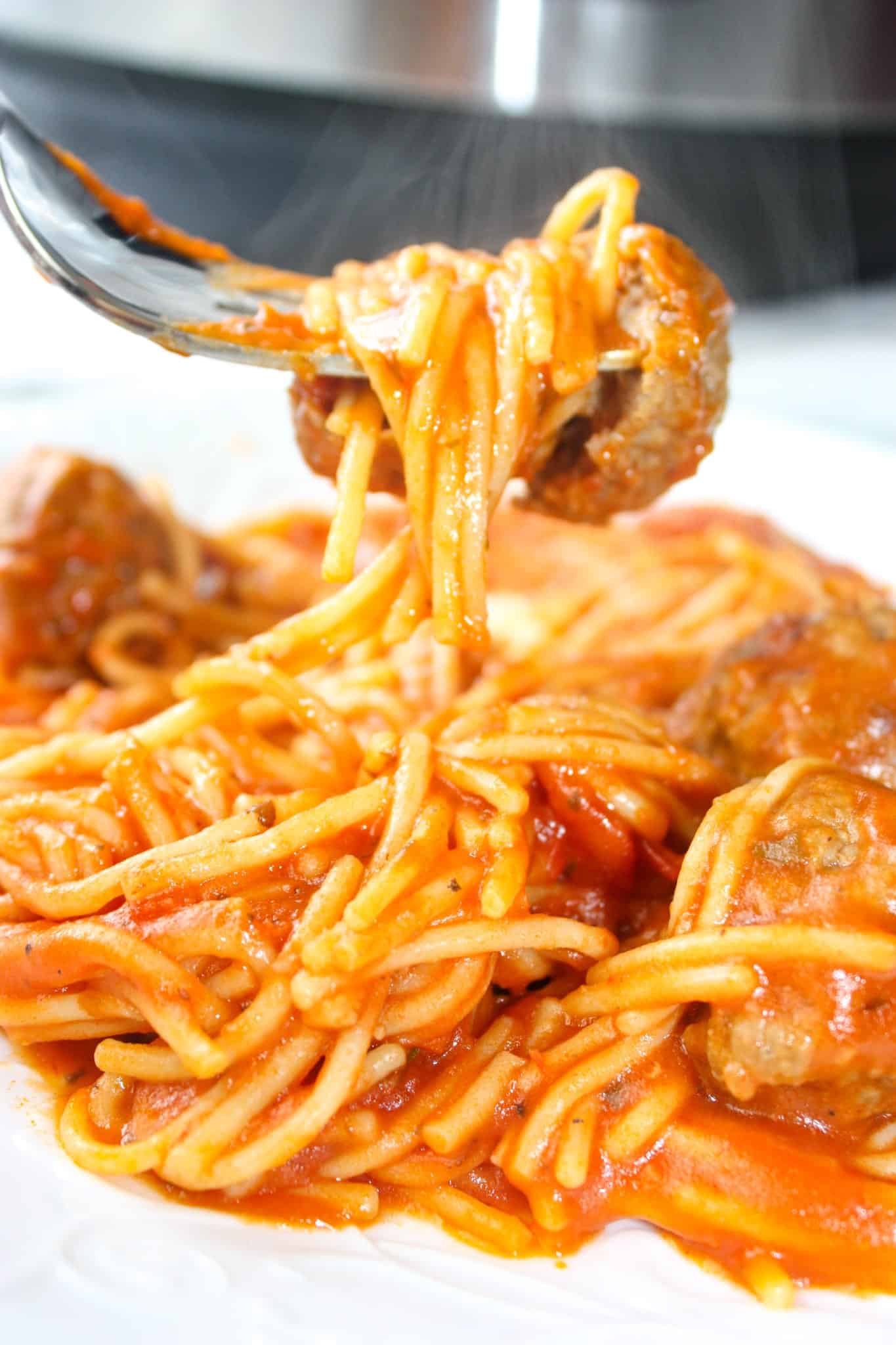 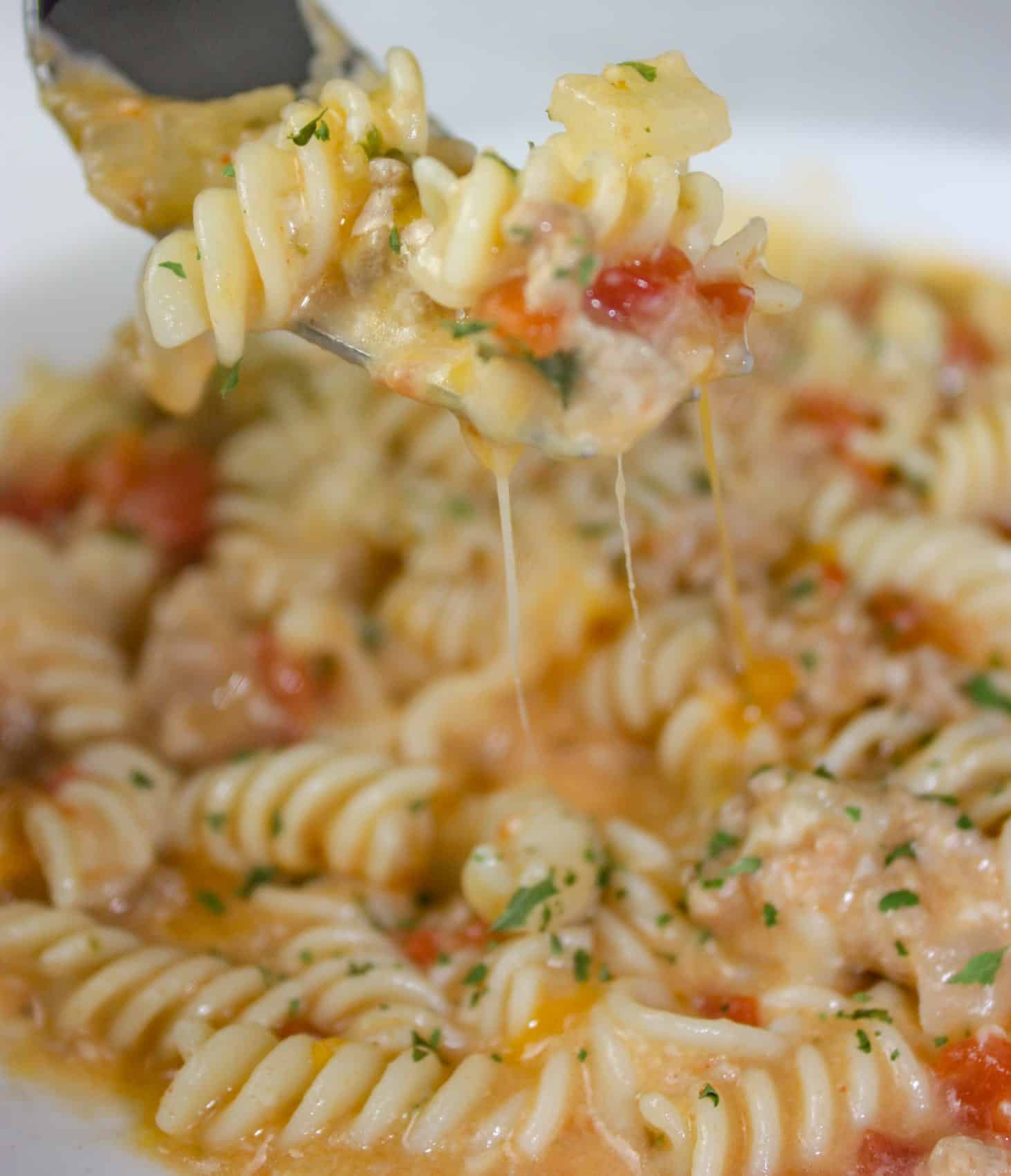 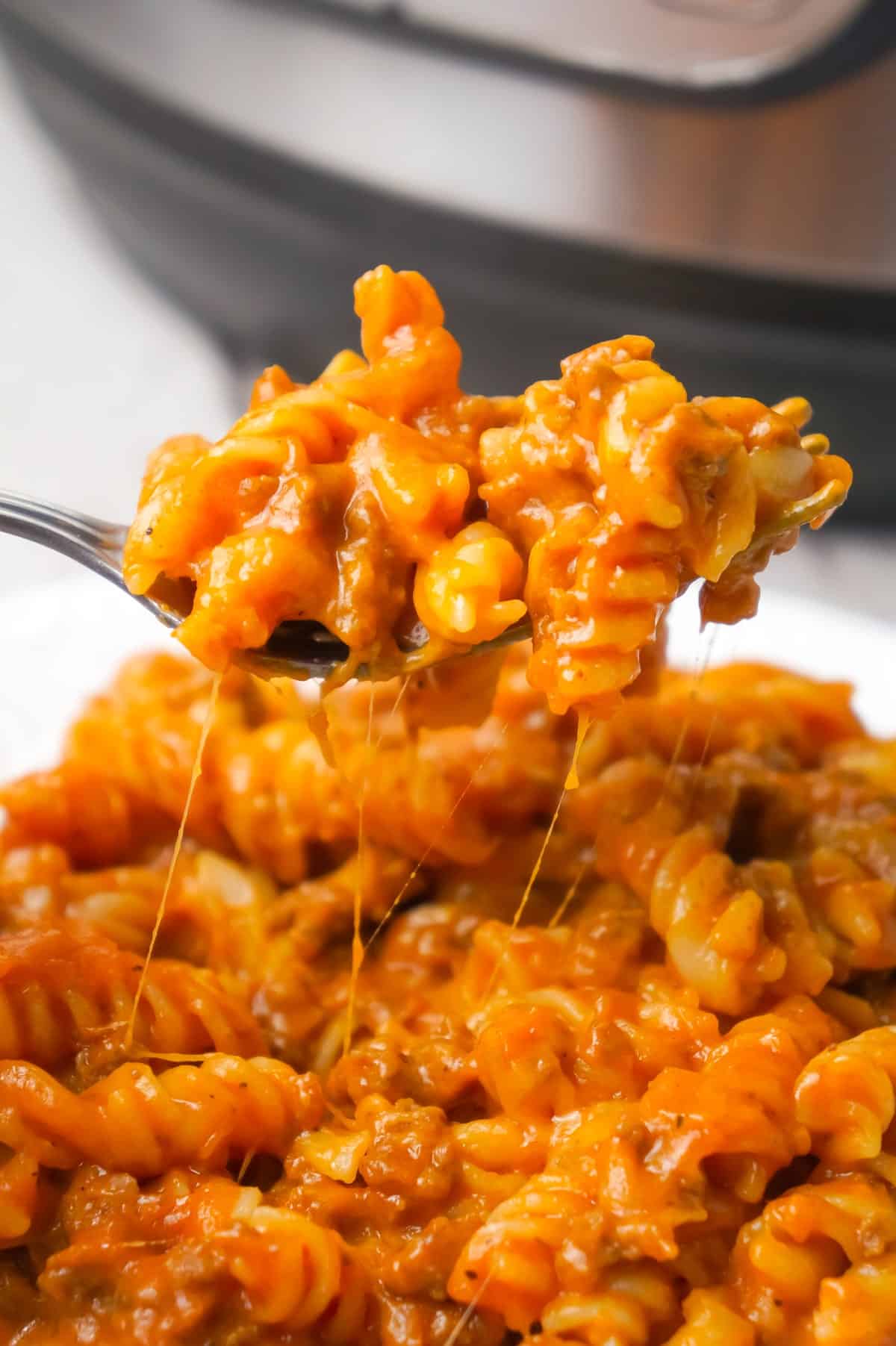 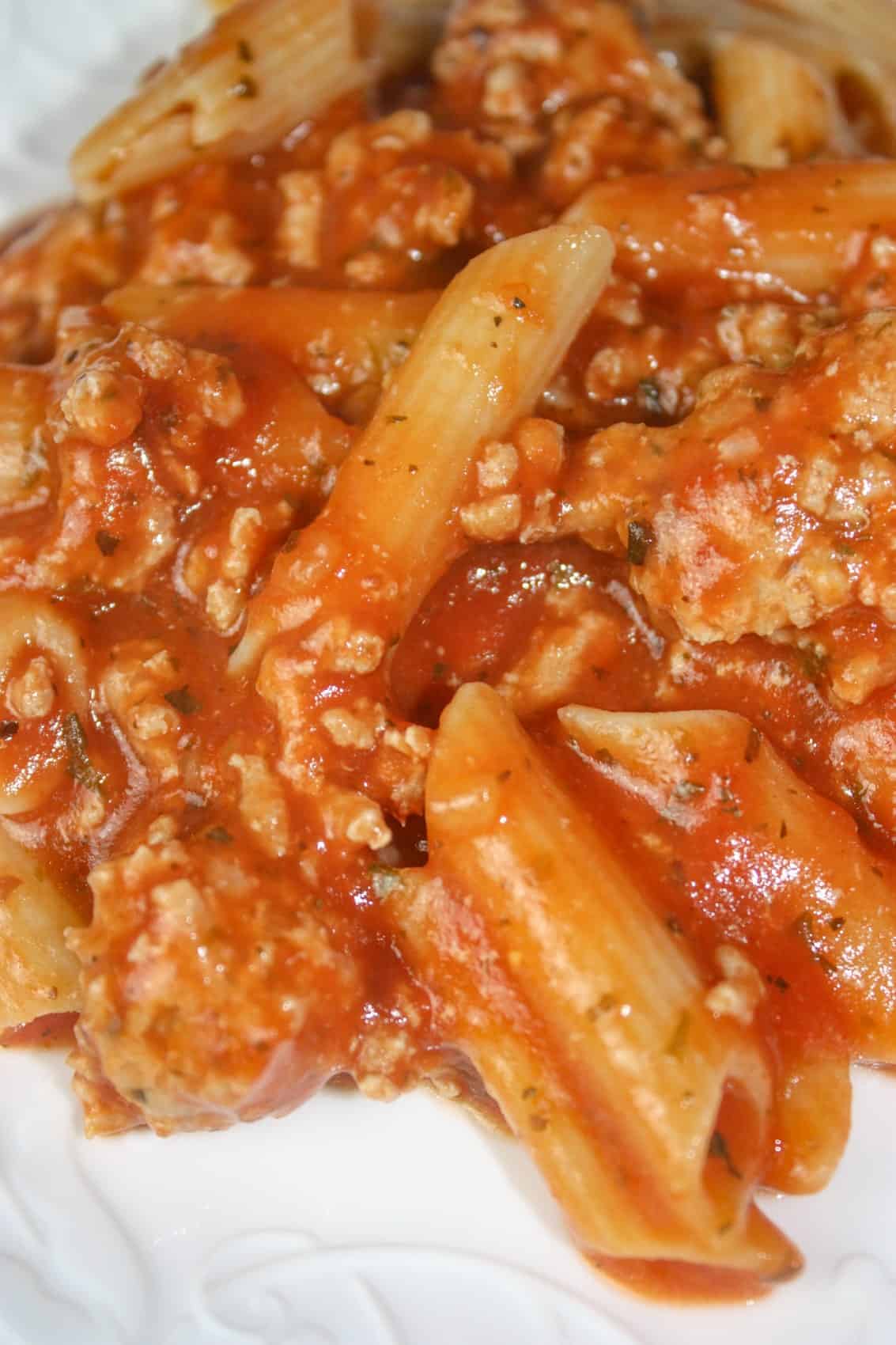 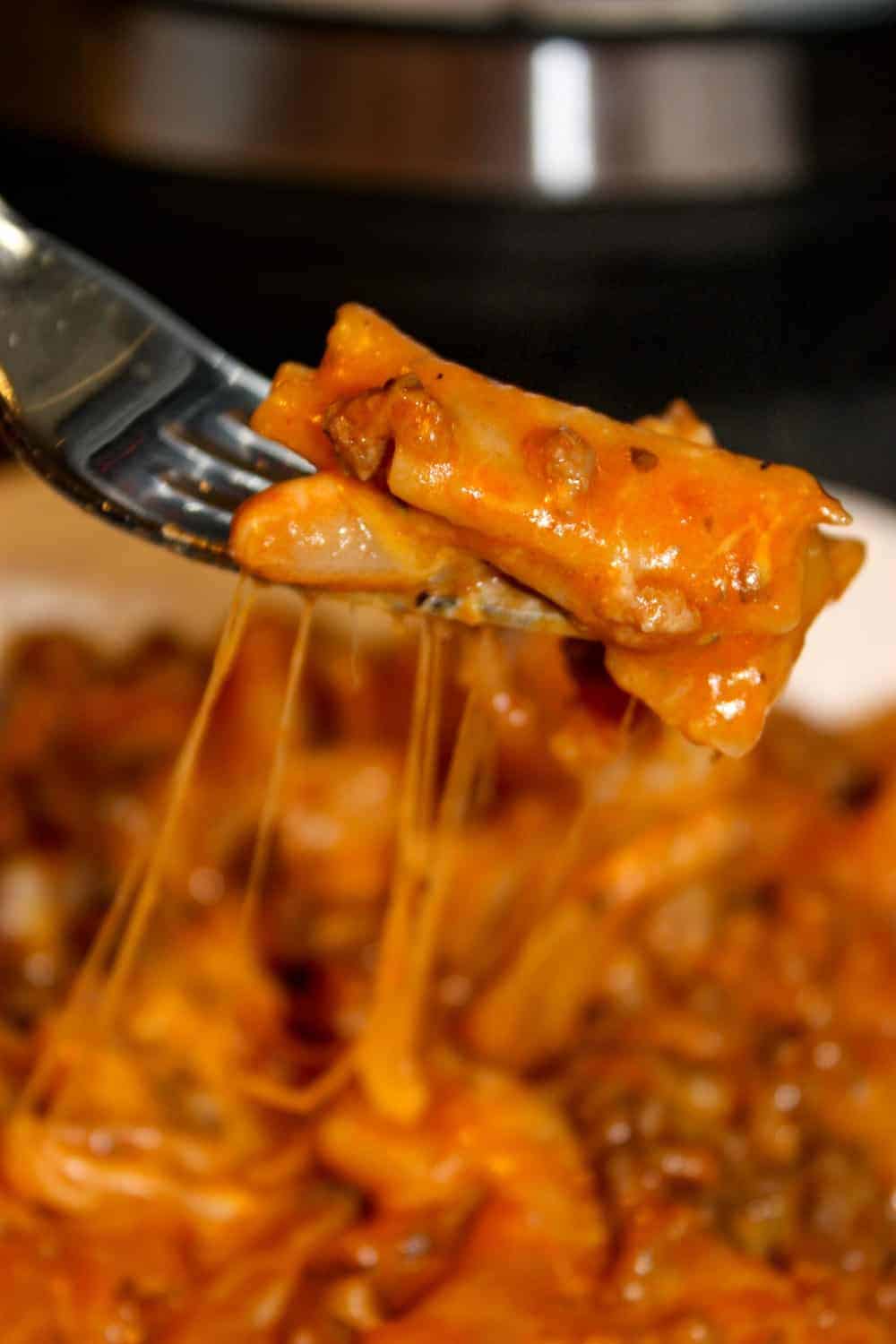 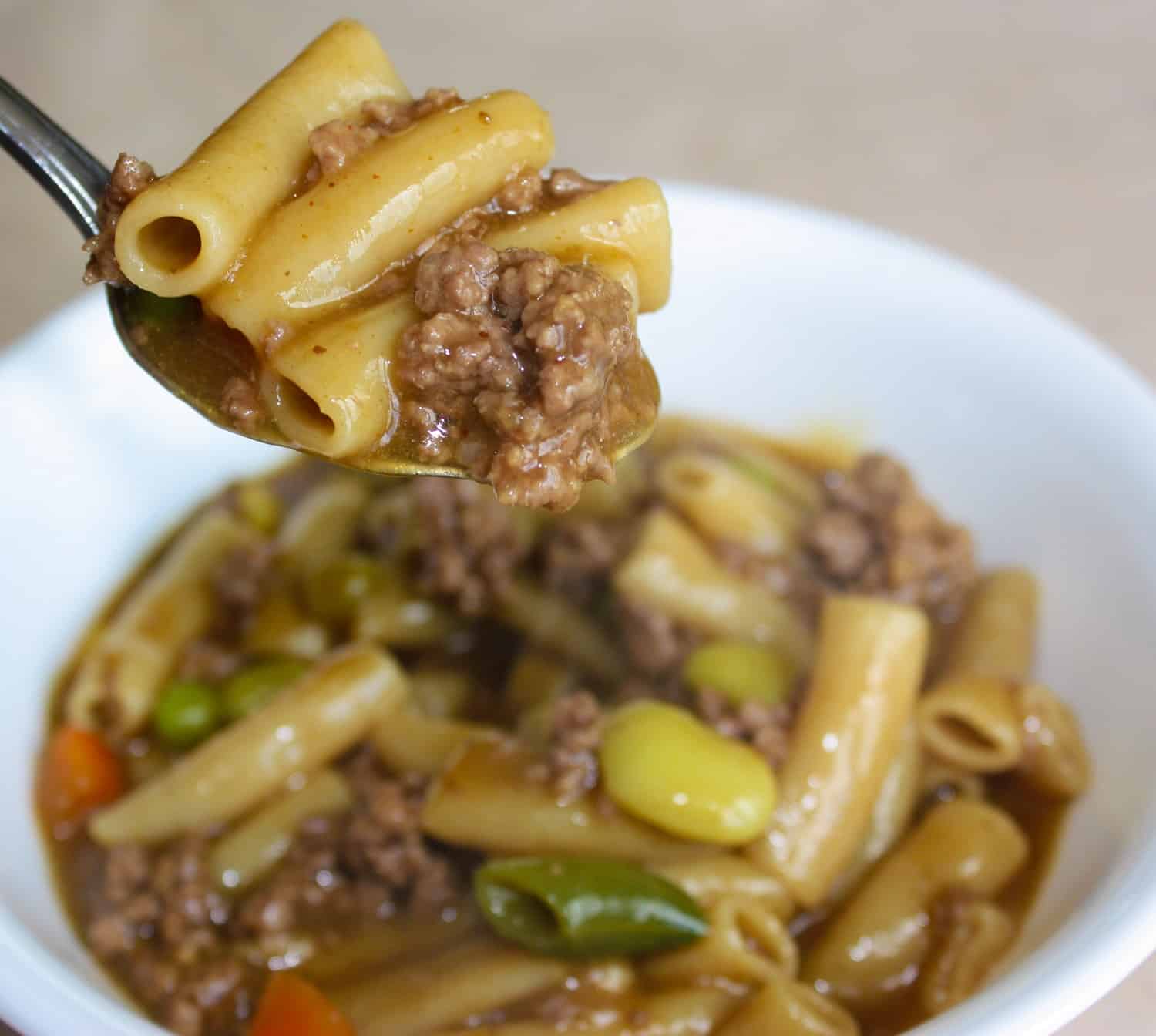 *This recipe was tested in an 8 quart Instant Pot Duo.

*When reheating any leftovers add more liquid because pasta will absorb any remaining liquid. I add a broth or just water and then more pepper.