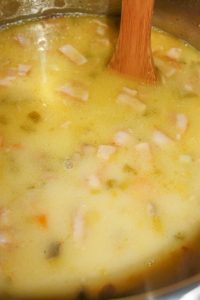 This pressure cooker soup will warm your belly on a cool day. 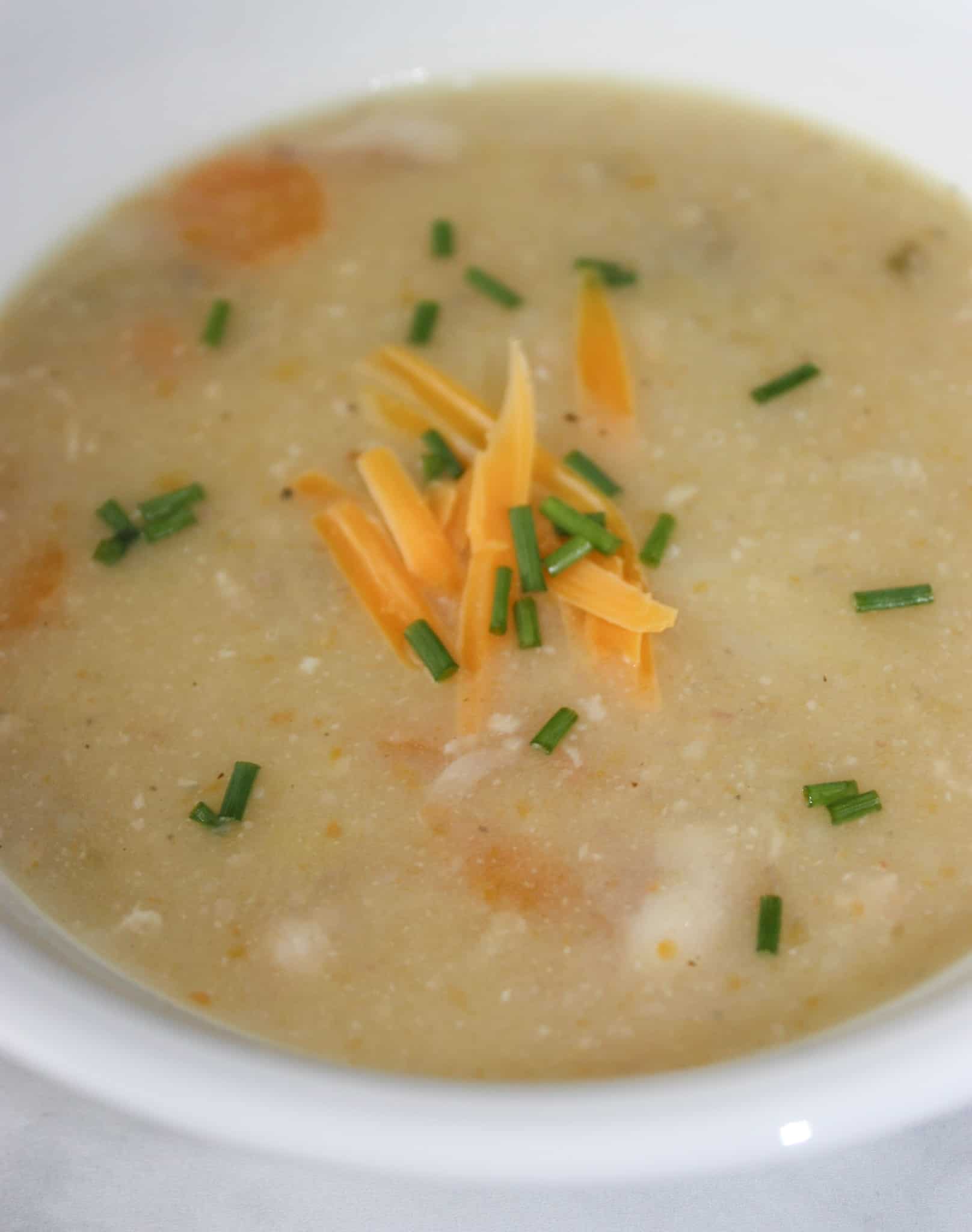 To begin I had to spend some time cutting up the various vegetables that would be added to the Instant Pot.  These included, one leek, some celery, mushrooms and carrots.

I also cut up some bacon and minced some garlic. 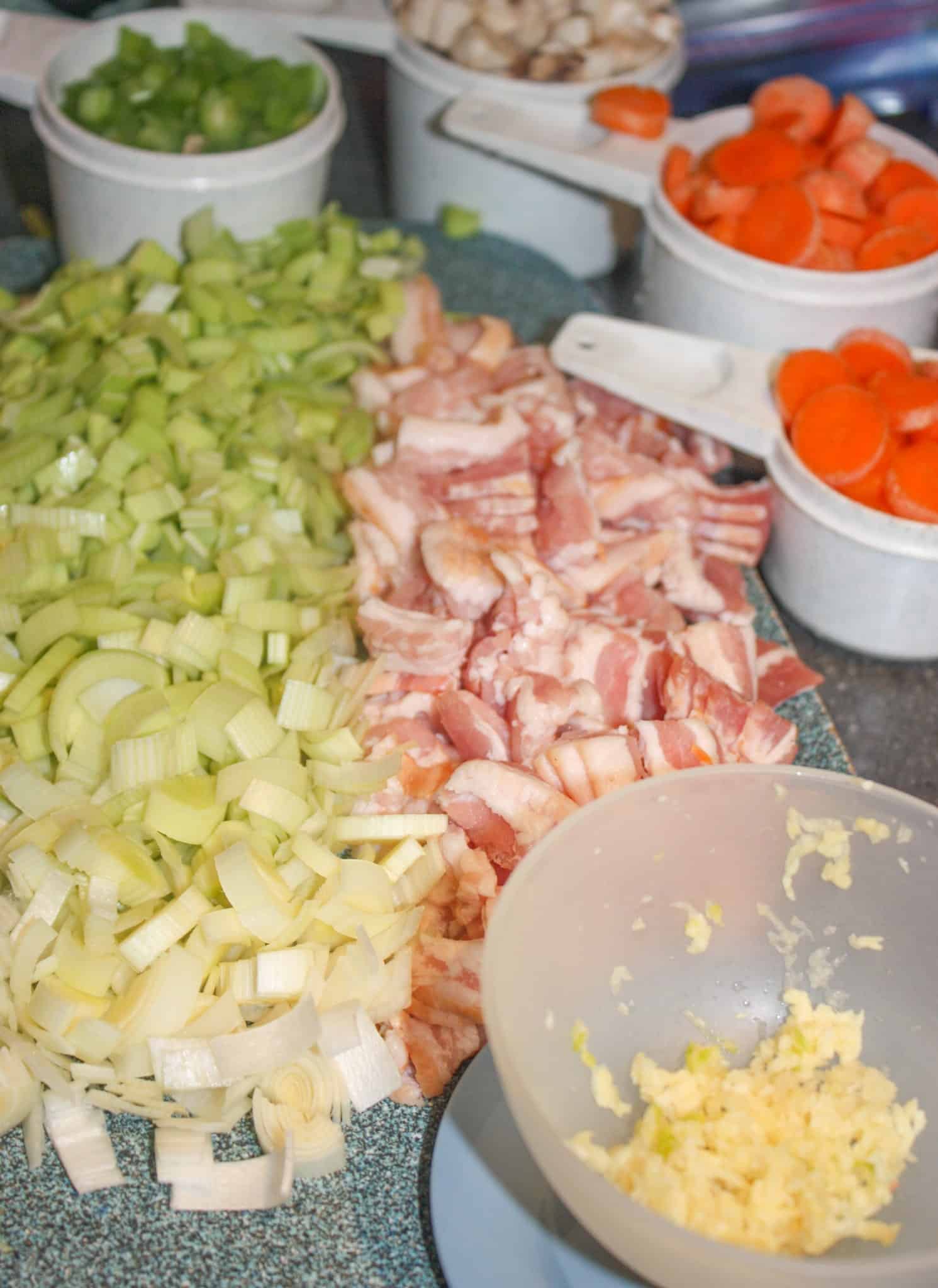 After adding olive oil to the Pot I dumped the prepared vegetables, bacon and minced garlic, into the Instant Pot and set it to Saute Less for 10 minutes. 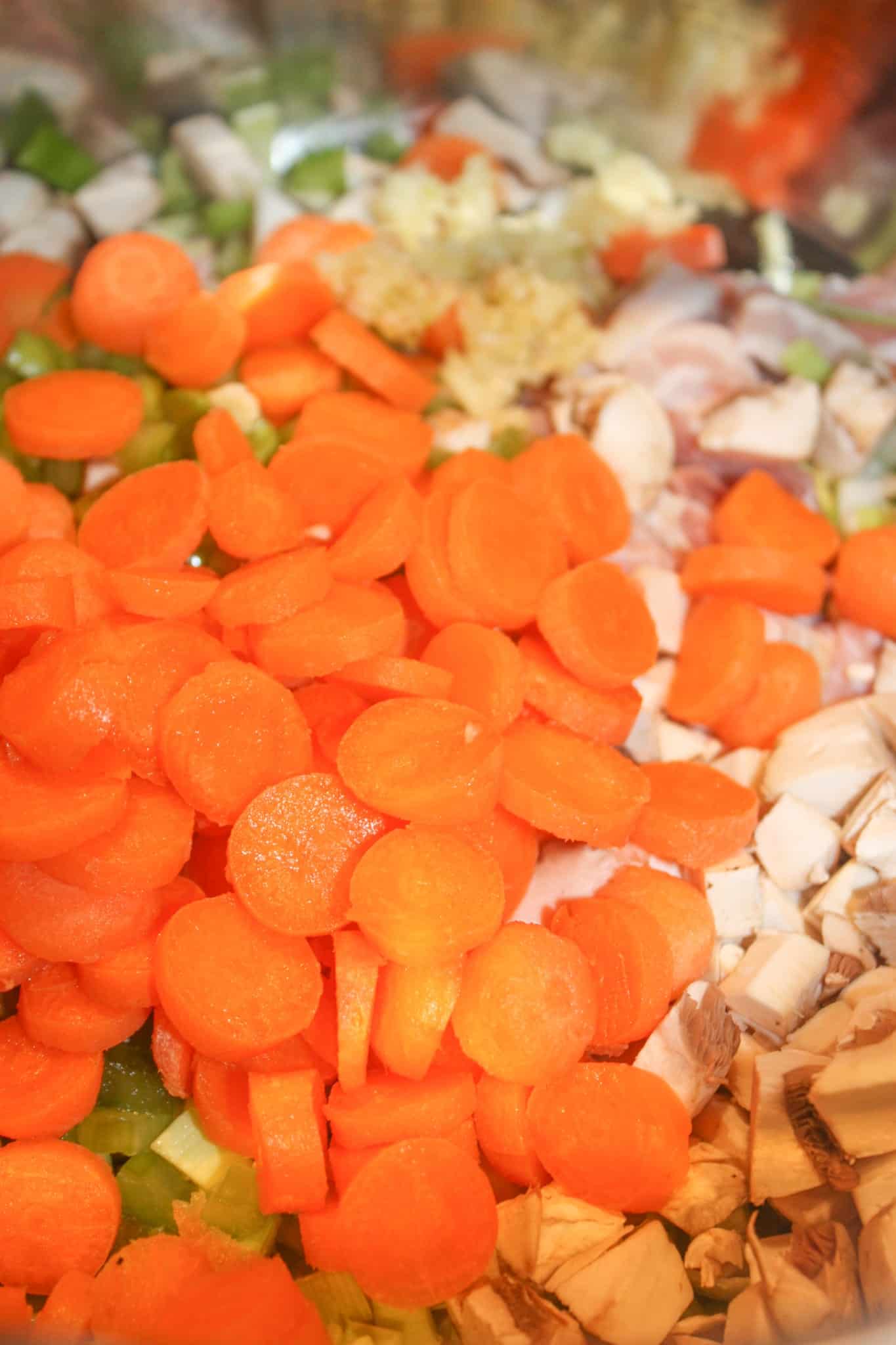 While the other vegetables were cooking I cut up some potatoes into bite sized chunks. 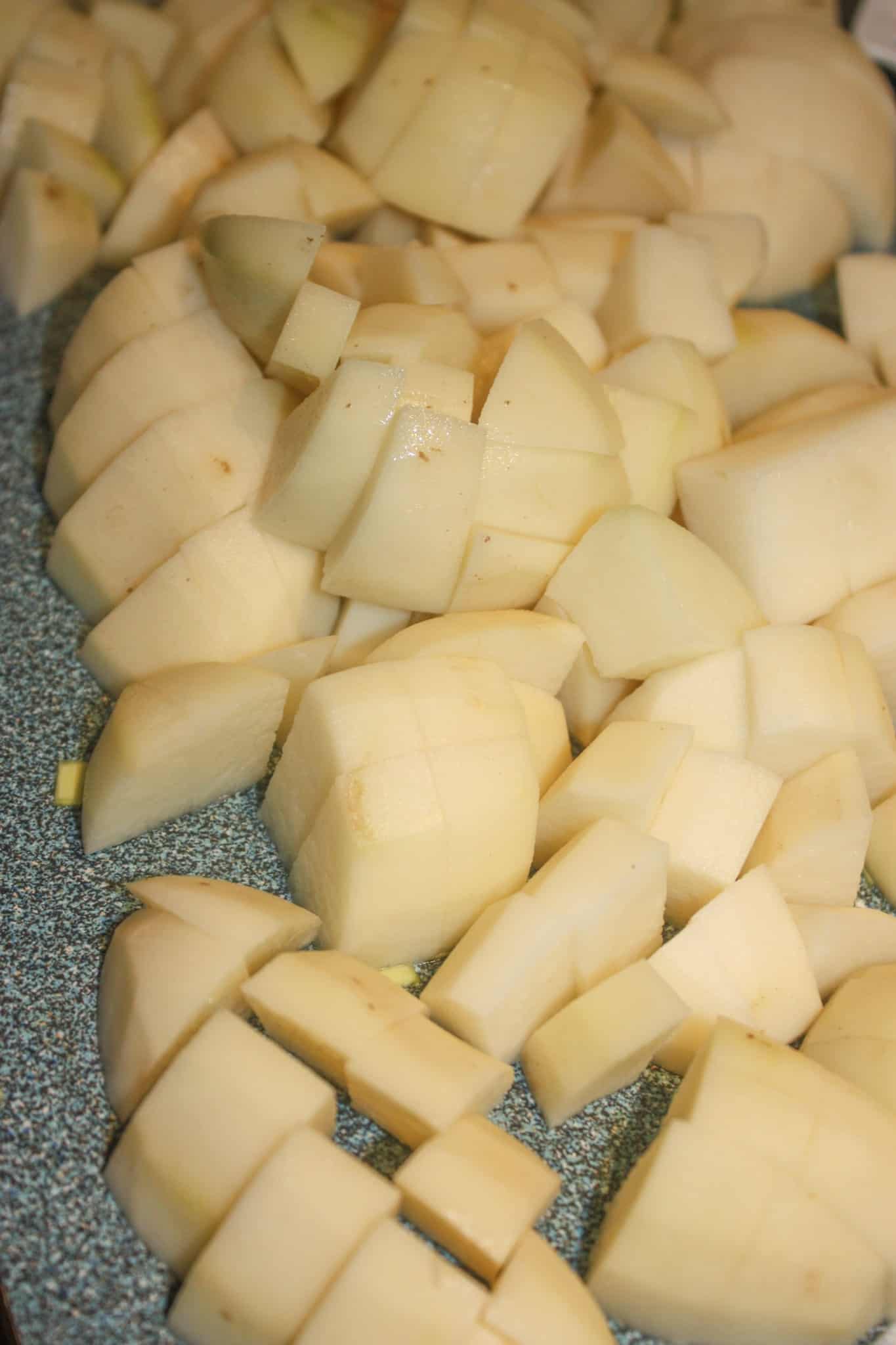 When the Saute Function turned off I added one cup of the chicken broth to deglaze the pot.  I made sure to scrape off any brown bits from the bottom of the Pot. 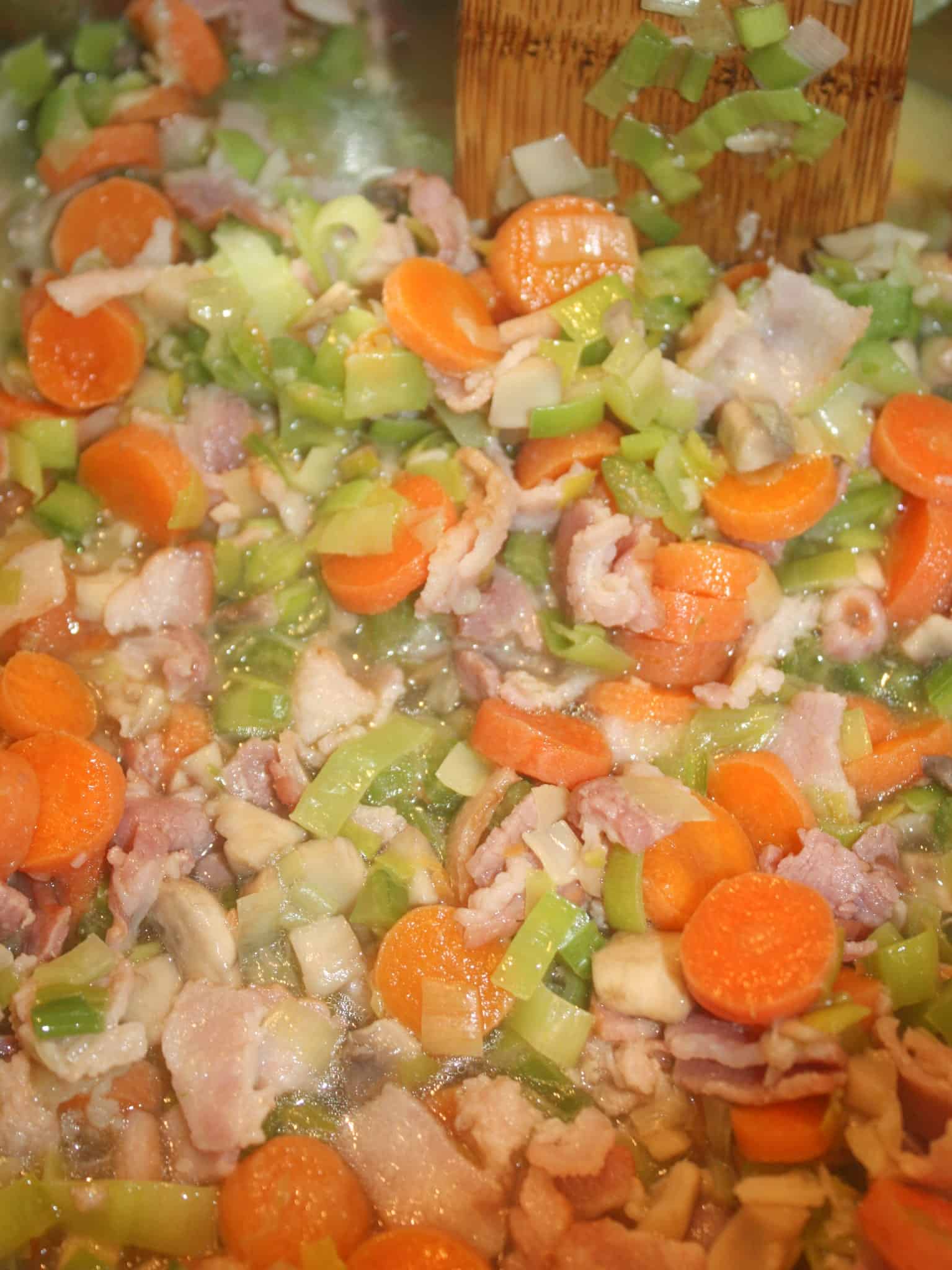 After I finished deglazing the Pot I added the cut up potatoes. 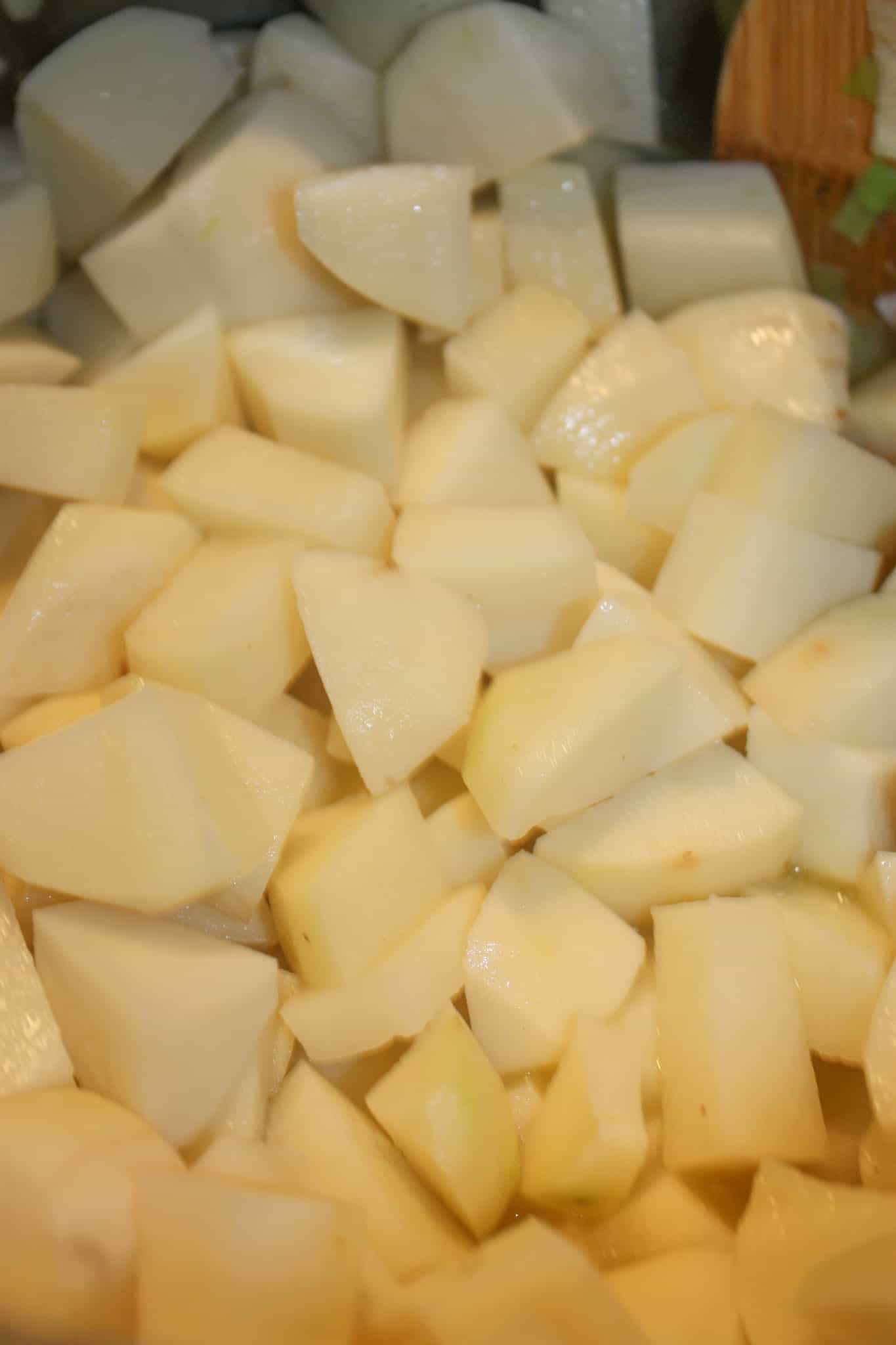 Then I sprinkled in the salt and pepper before adding the remaining chicken broth to the Pot.  I did not stir. 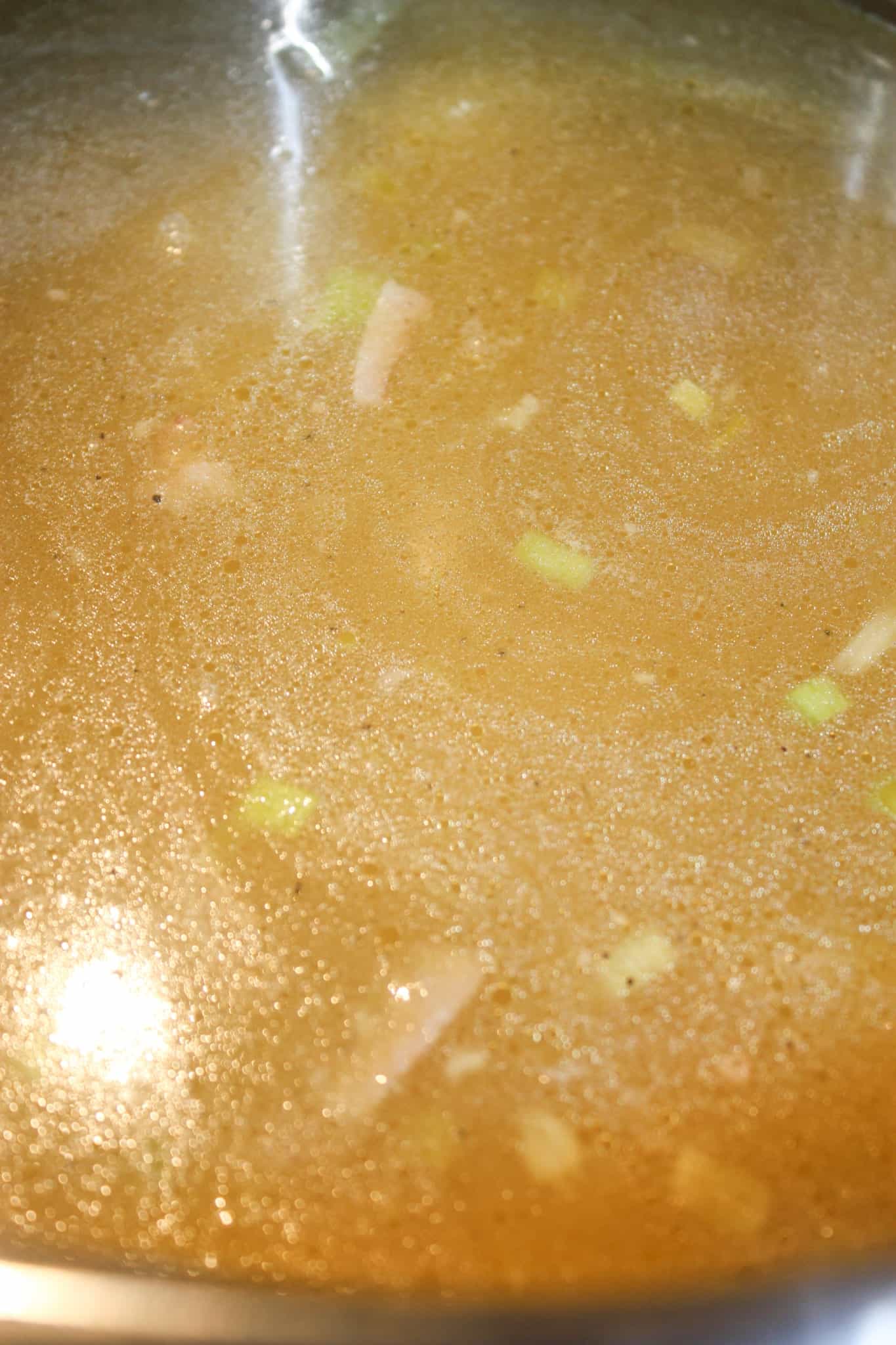 Then I placed the lid on the Instant Pot, turned the steam release handle to the sealing position and set the Instant Pot to Pressure Cook High for 8 minutes.

Once the Instant Pot was done cooking, I allowed it to do a Natural Release for 10 minutes before turning the steam release handle to the venting position to finish with a Quick Release. 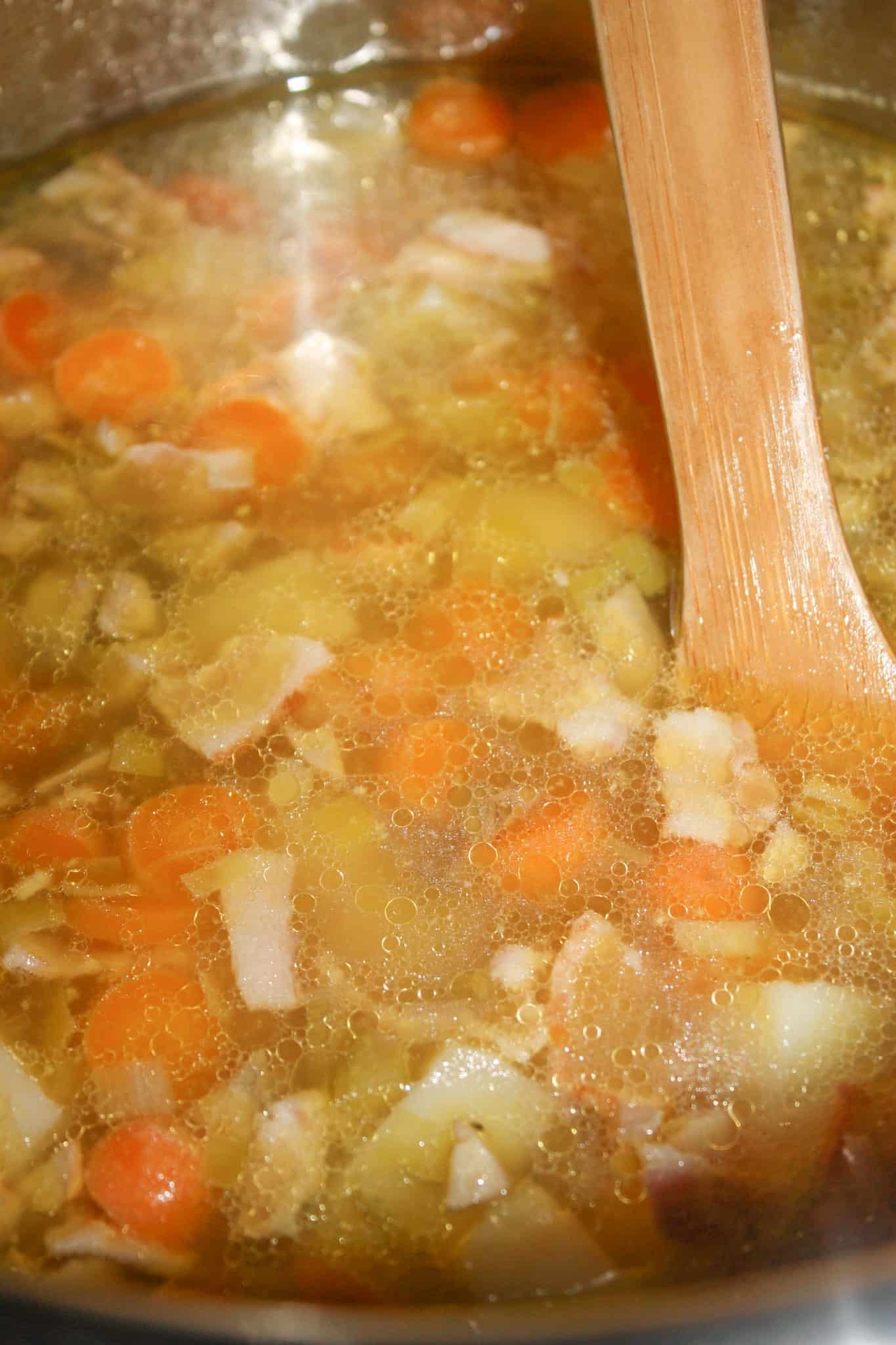 After removing the lid from the Pot I stirred in some soy creamer.  I turned the Instant Pot back on to the Saute Less function for 8 minutes to allow the creamer to heat.

If you want thicker soup you could also add a corn starch slurry at this time. 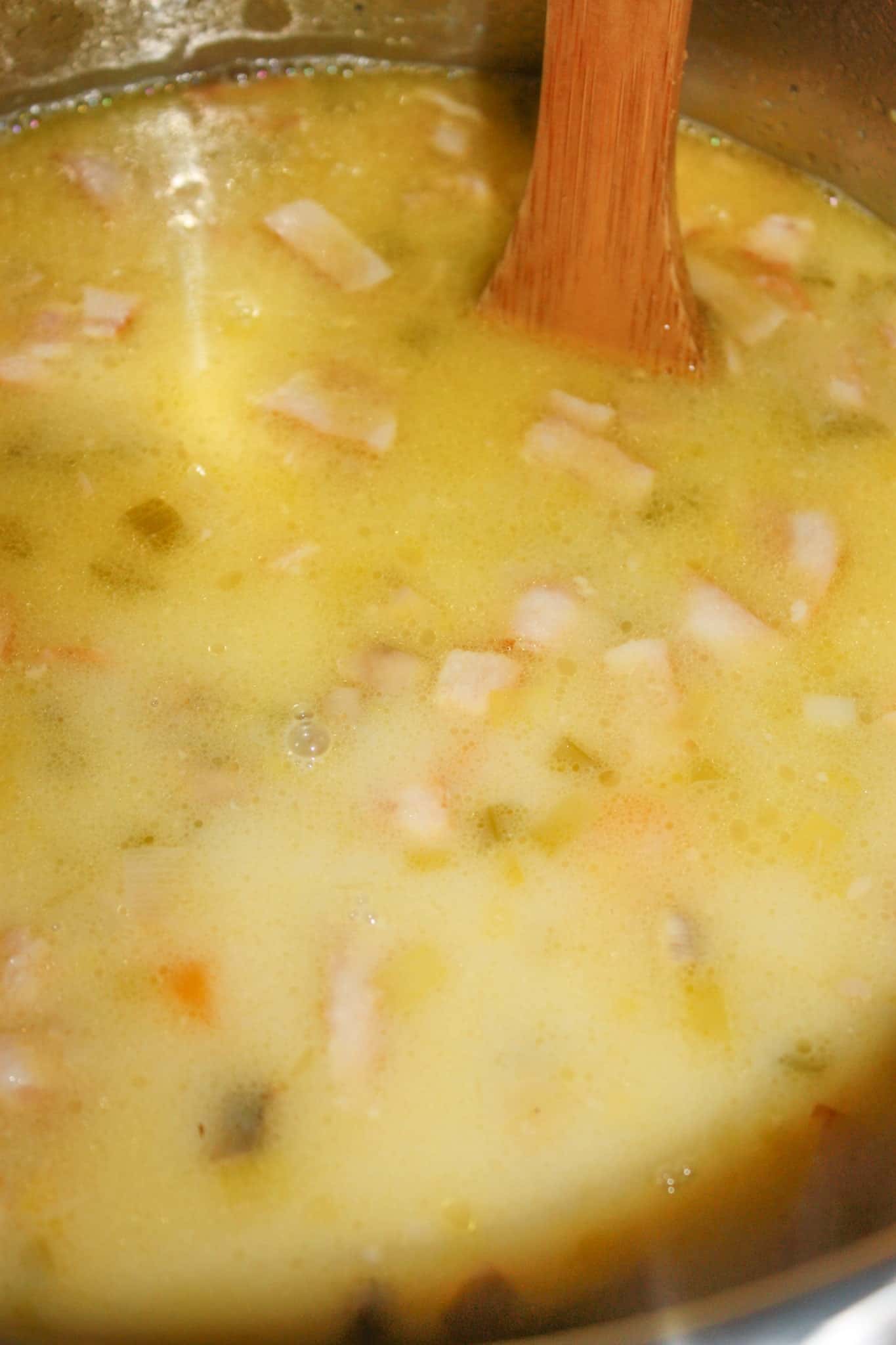 At this point I decided I wanted to thicken my soup with my immersion blender.

I gave the soup a very quick blend and many chunks of potato still remained.  The soup thickness is up to your personal preference.  I stirred the soup until it began to bubble.  Then I turned off the Pot. 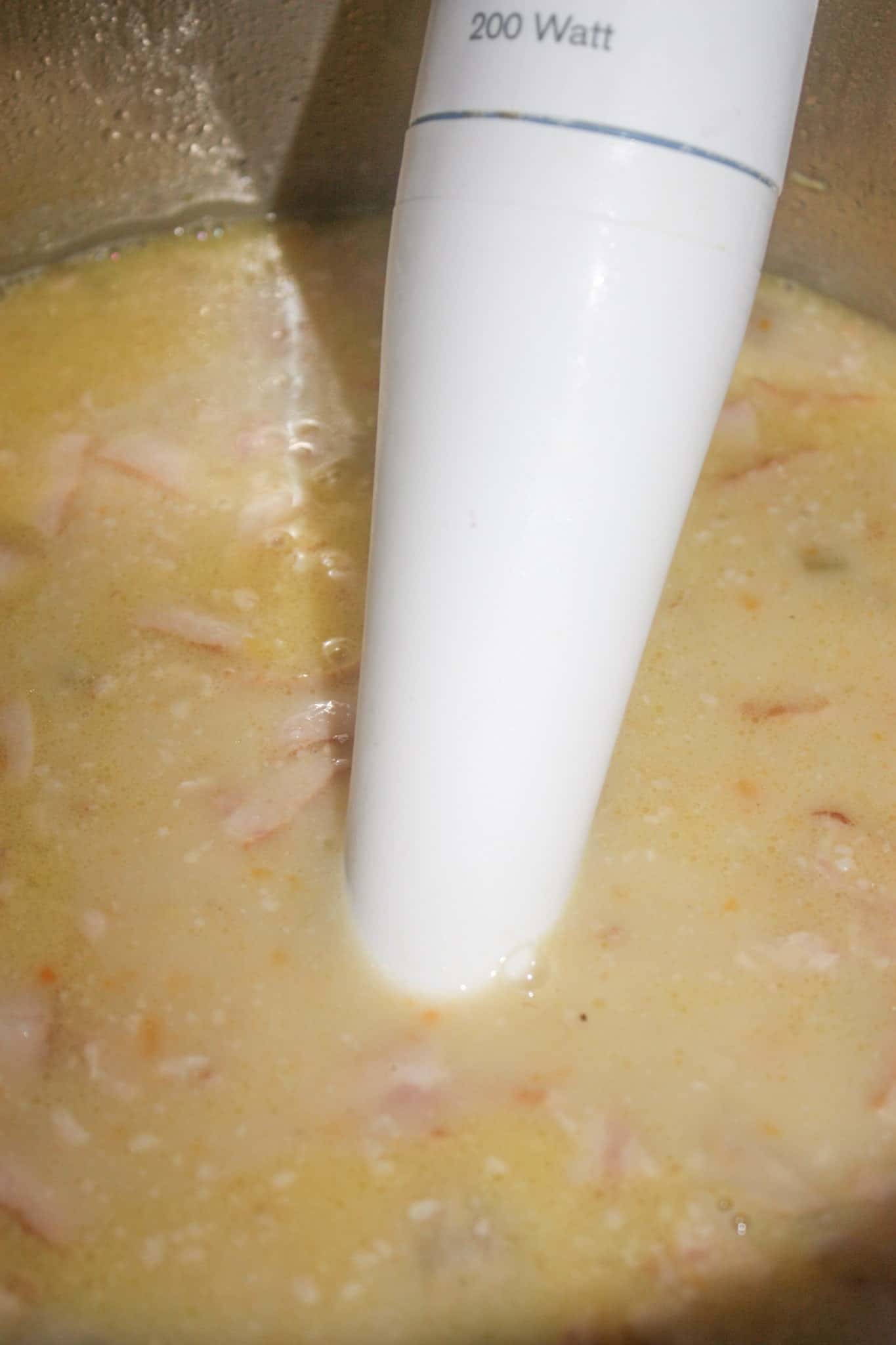 Then it was ready to serve and enjoy! 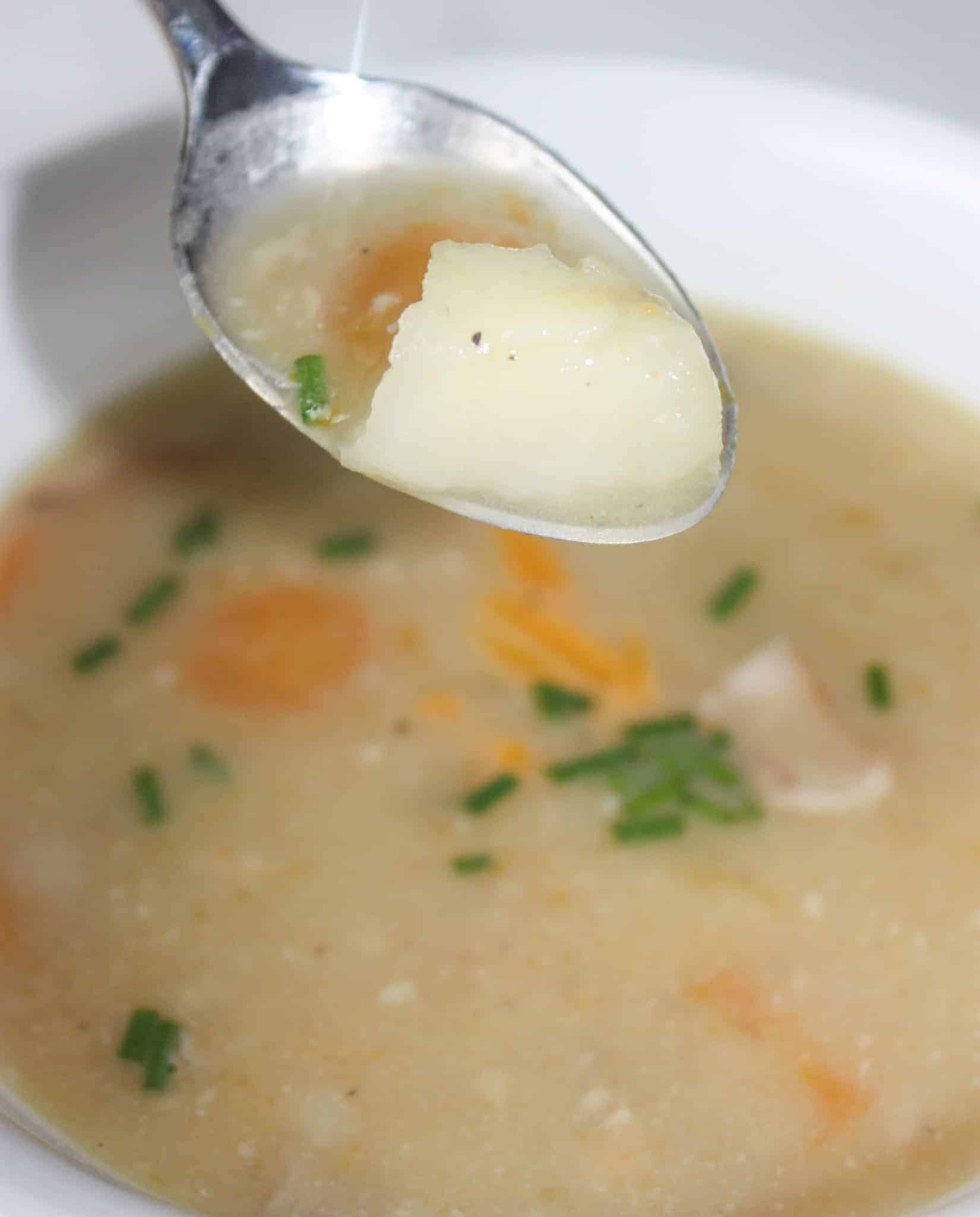 More Soups You Will Enjoy… 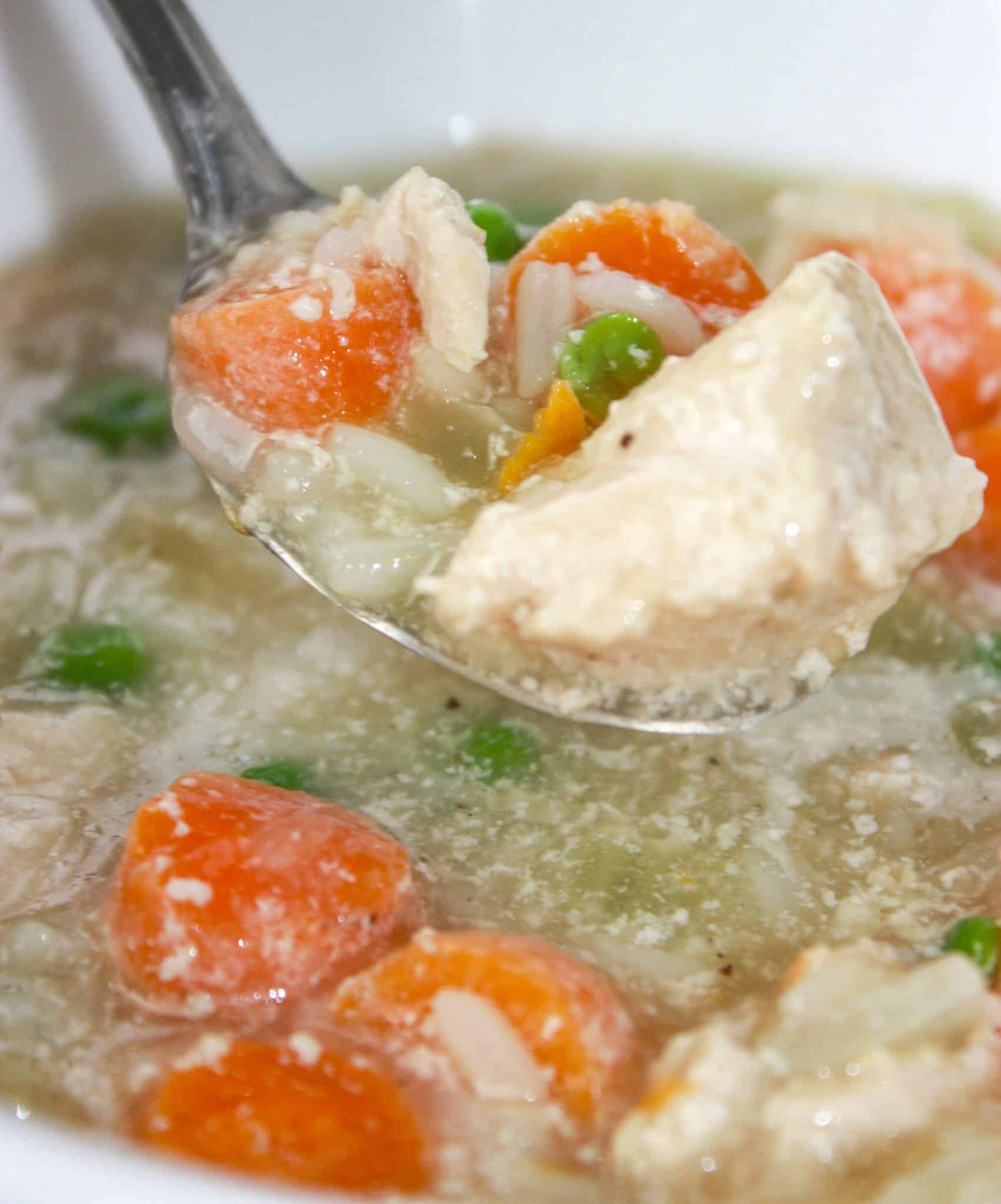 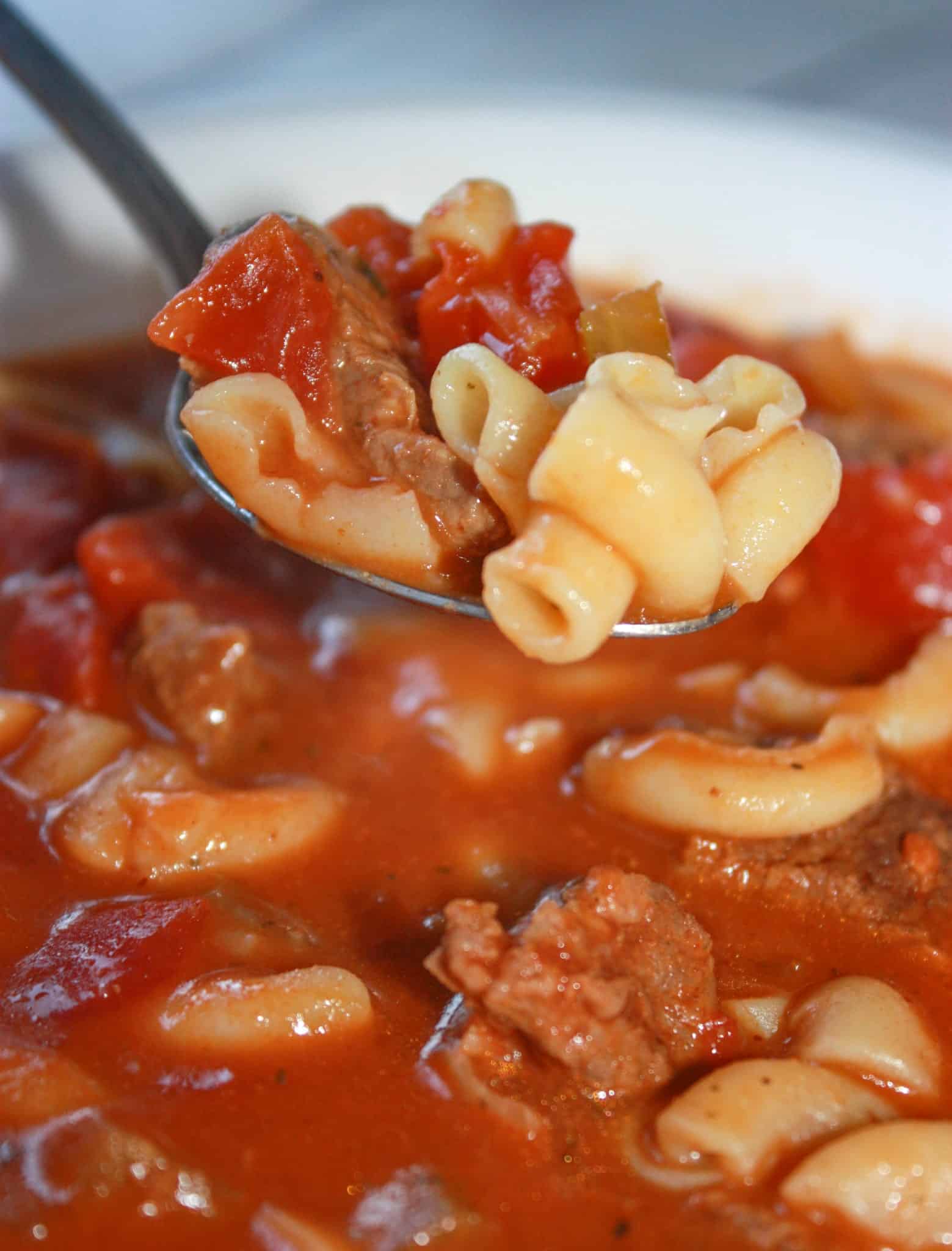 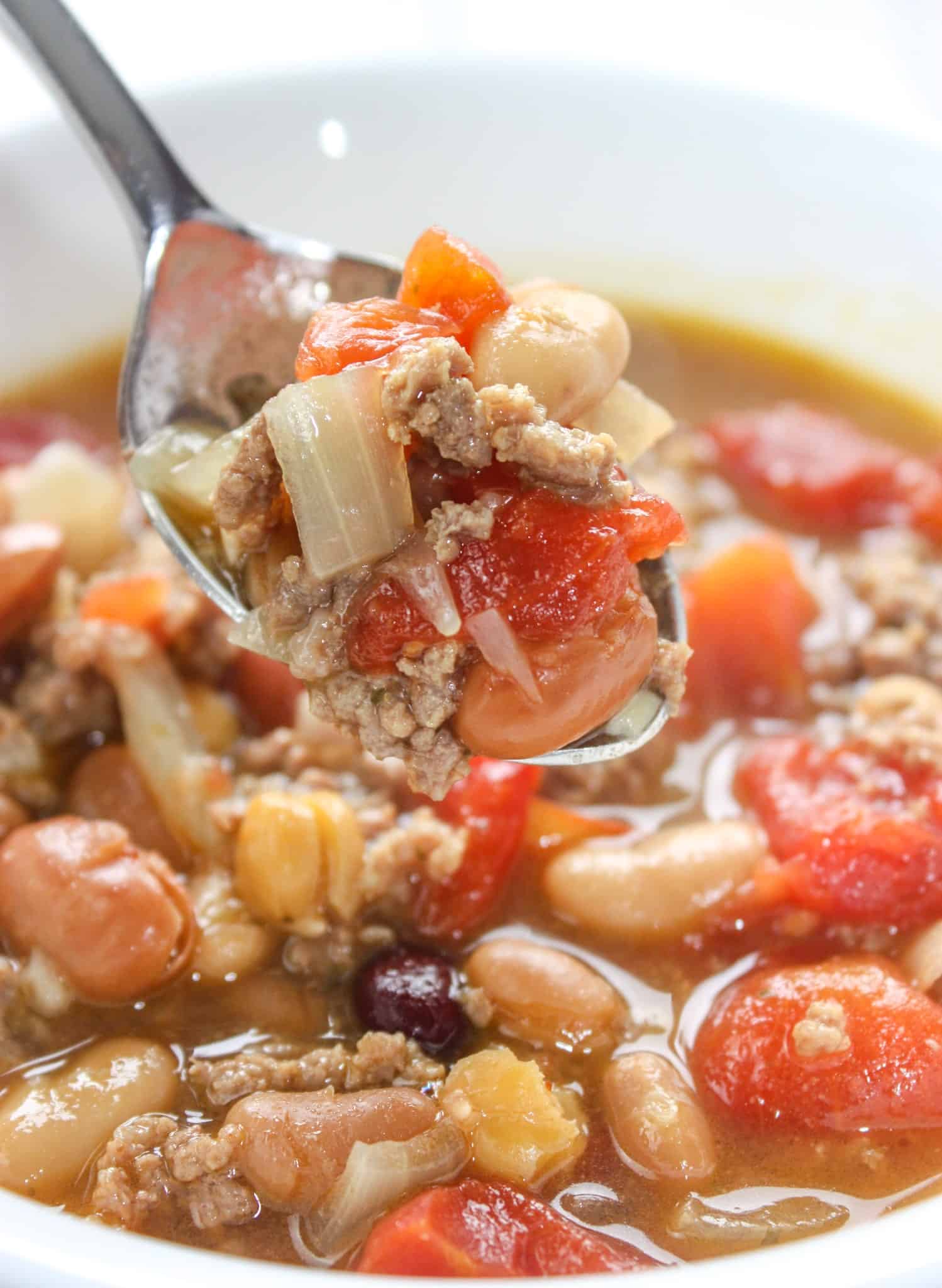 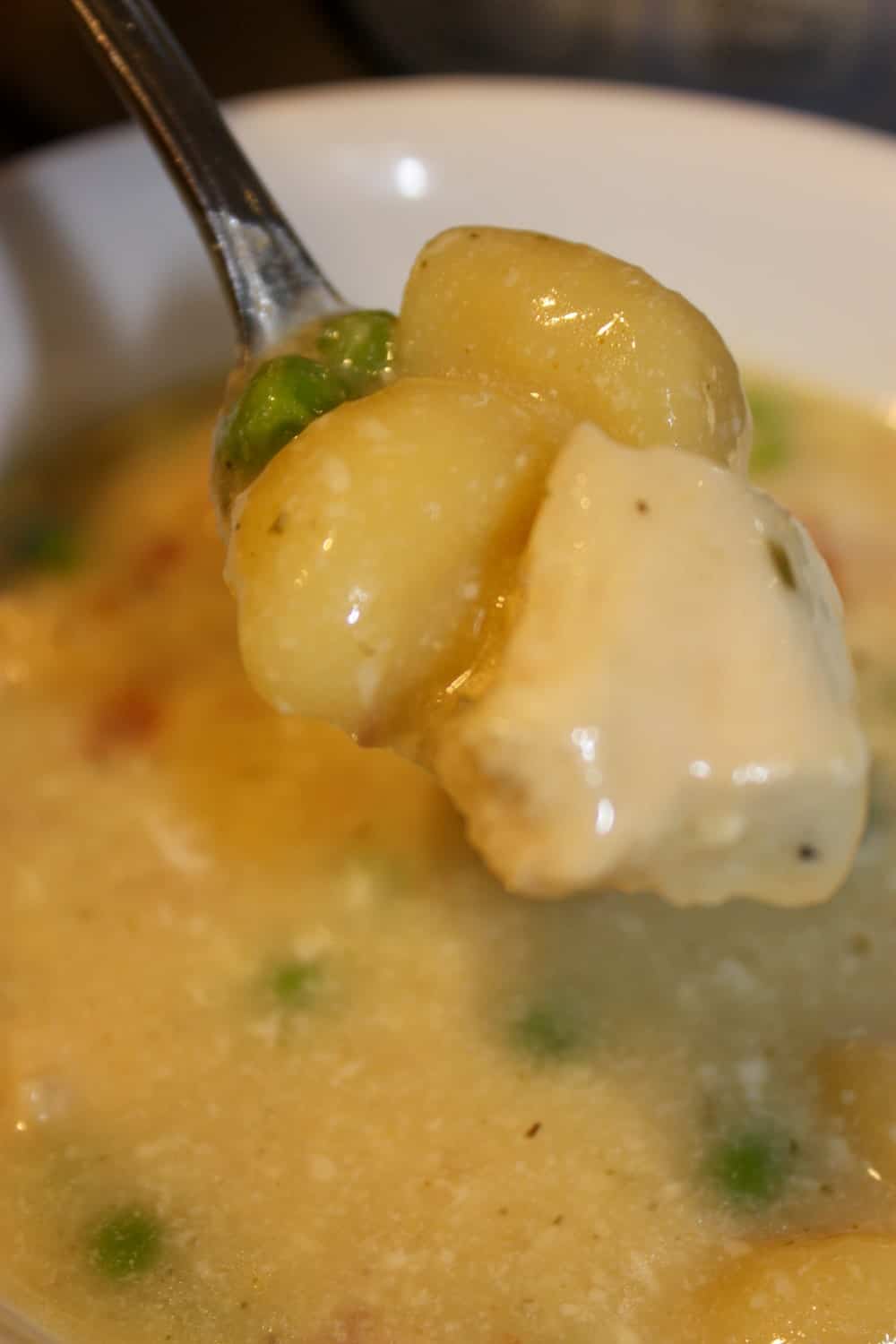 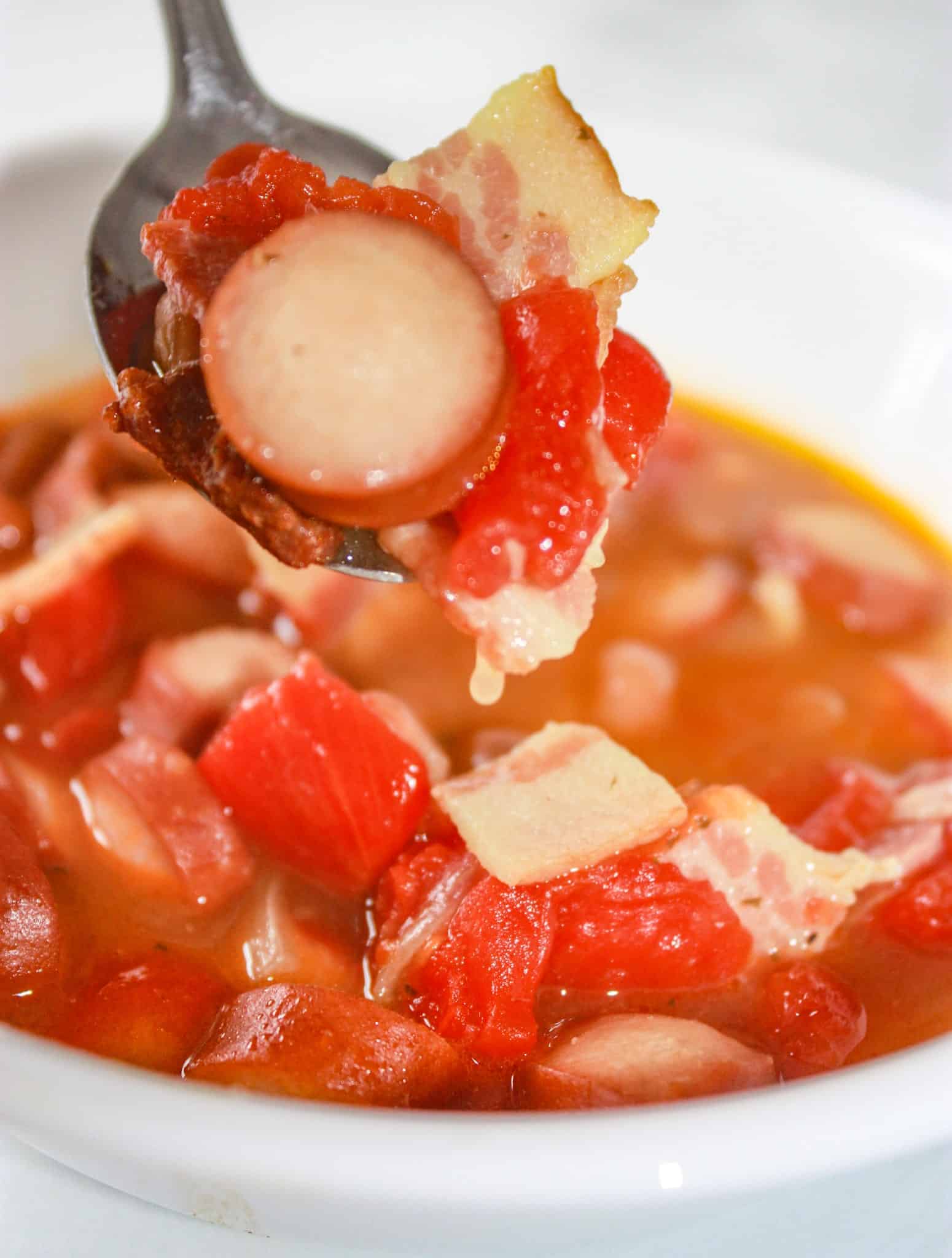 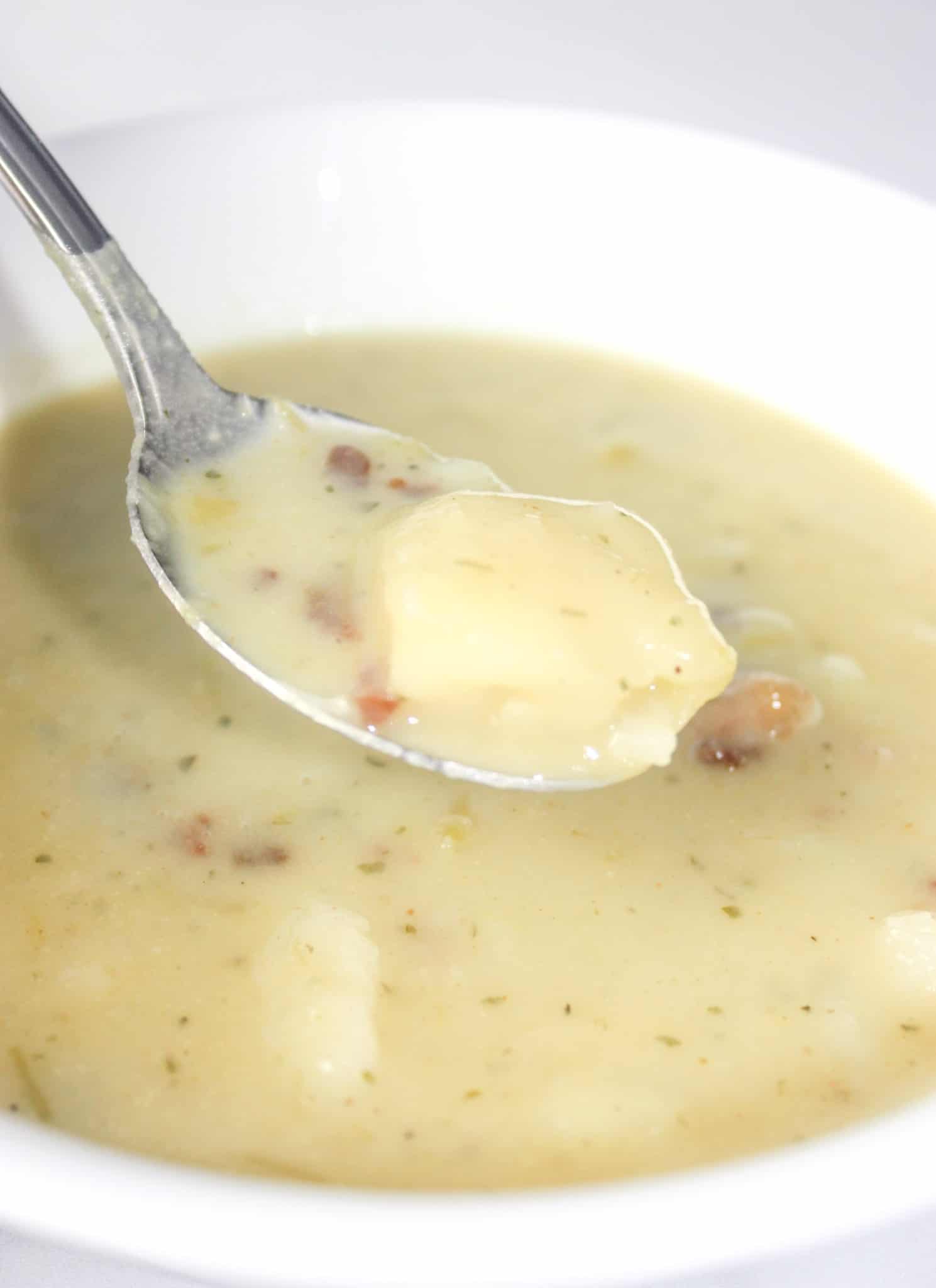 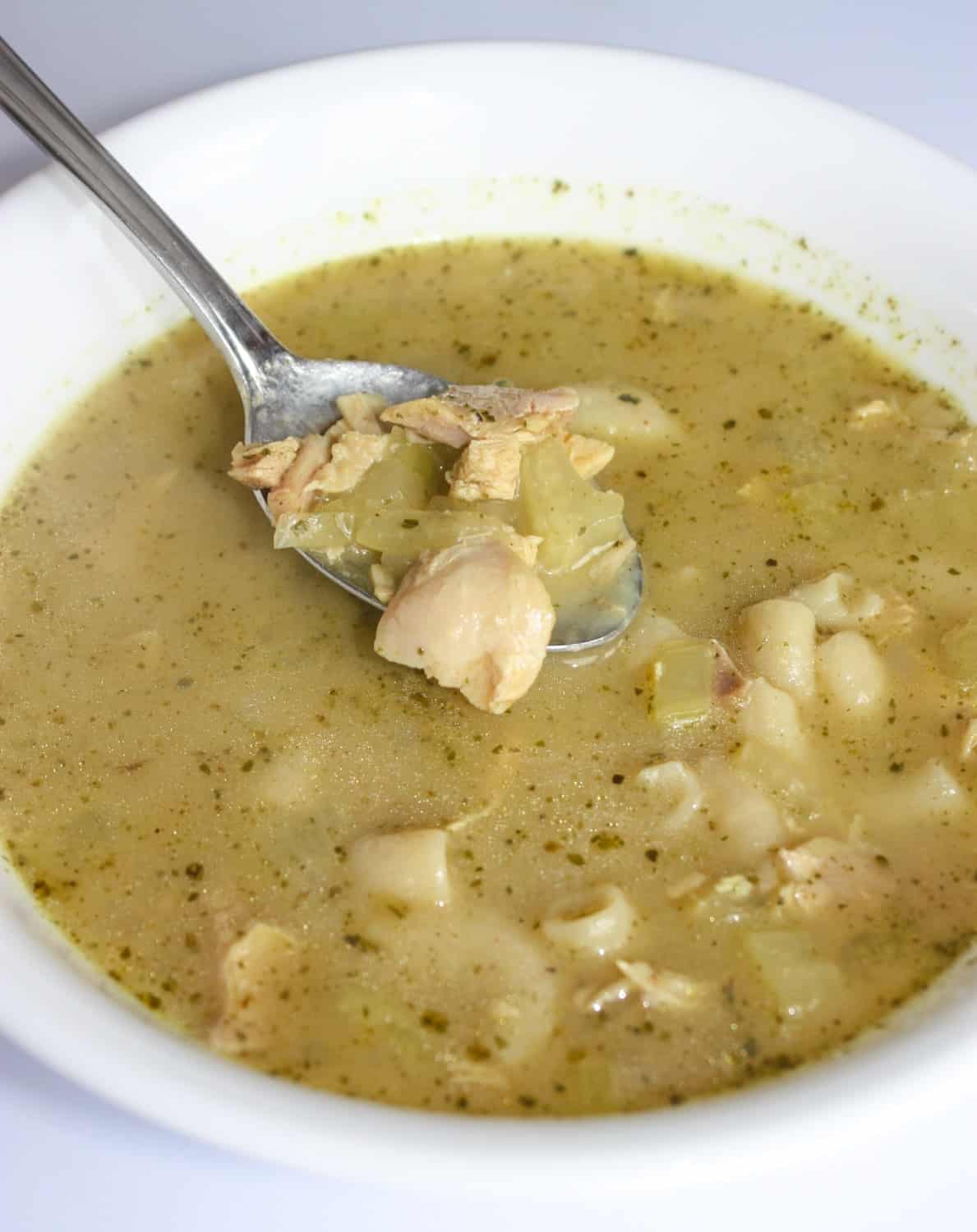 *This recipe was tested in an 8 quart Instant Pot Duo.